One of the largest and most important parts of our health care system is the role employers play in providing health insurance coverage for workers, retirees, and family members. U.S. employers cover 55.1% of Americans who have health insurance, according to a report released by the U.S. Census Bureau.

By providing health insurance for more than half of all Americans, employers pay for the biggest share of health coverage in the United States. END_OF_DOCUMENT_TOKEN_TO_BE_REPLACED 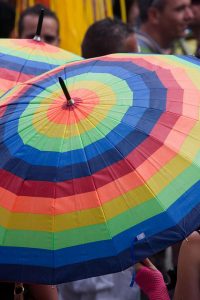 The Trump administration recently announced that it would no longer collect information on LGBT older adults in two key national surveys: The National Survey of Older Americans Act Participants, and the Annual Program Performance Report for Centers for Independent Living.

The latter was revised in late March to omit questions on sexual orientation and gender identity. Both reports have been important in tracking services provided to this population, which already faces significant barriers in accessing quality health care, community services, and social support, according to the Center for American Progress.
END_OF_DOCUMENT_TOKEN_TO_BE_REPLACED

Two fellow AHCJ core topic leaders, Susan Heavey and Joseph Burns, have looked at aspects of the recent census report that documents a sharp decline in the uninsured rate. (Susan’s look at poverty and gender is here and Joe’s overview is here).

It’s also worth taking a look at four points made by Margot Sanger-Katz in a recent New York Times Upshot post. END_OF_DOCUMENT_TOKEN_TO_BE_REPLACED 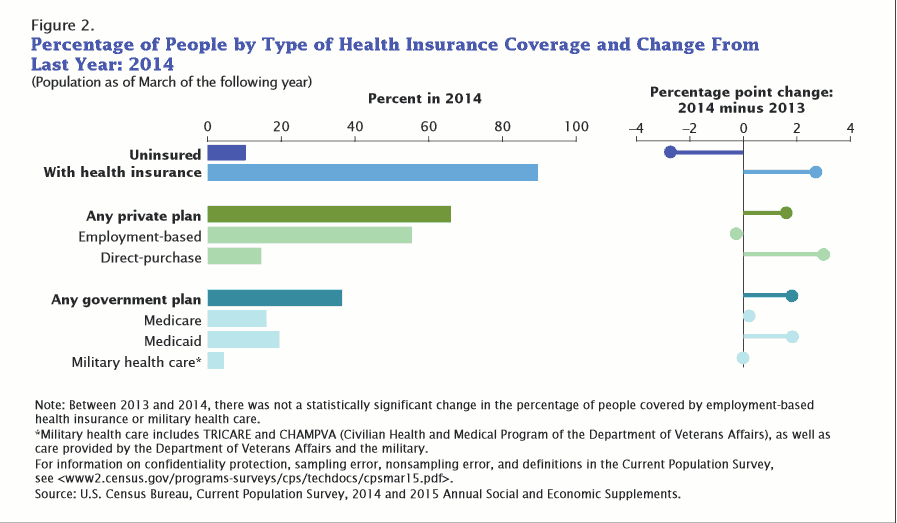 The health care gains clearly stood out in the coverage of the findings from Census, which released its main report on Sept. 16. But peel back the layers and other interesting trends also emerged. One particularly interesting finding was that more women had health insurance last year than men. END_OF_DOCUMENT_TOKEN_TO_BE_REPLACED 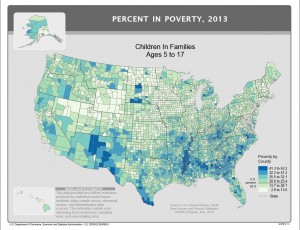 The Census Bureau will release its latest findings for 2014 on Wednesday, Sept. 16. So what can we expect and what should you be looking for? END_OF_DOCUMENT_TOKEN_TO_BE_REPLACED

New Census Bureau numbers forecast that there will be more older people in the United States than previously anticipated.

As Adele Hayutin of the Stanford Center on Longevity points out, the implications are big:

Some of the most important personal decisions that will be affected include choices about work, living arrangements, caregiving for older relatives and financial matters concerning retirement. Policymakers will need to consider how the faster pace of aging further threatens the financial viability of Social Security and Medicare.

The trend means that the financial burder of Social Security and Medicare will fall on a smaller “working-age population.”