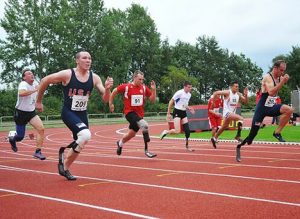 Freelance journalist Cassandra Willyard recently asked me on Twitter about resources on the use of appropriate, respectful language when it comes to how we identify the people who are living with various conditions or disabilities.

It was in response to an excellent question by biomedical research writer Kim Krieger about the acceptability of referring to someone with a condition as a descriptor, such as “epileptic child” or “diabetic adults.” Those constructions are called “identity-first” language, as opposed to “person-first” language where the person literally comes first: “children with epilepsy” and “adults with diabetes.” END_OF_DOCUMENT_TOKEN_TO_BE_REPLACED 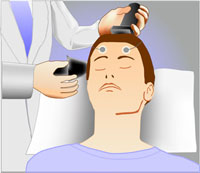 “For a boy who needs routine, this day is off to a bad start. It’s early, just before 8 a.m., and unseasonably warm for June. Kyle, 17, has been up since 6:20 a.m., which isn’t all that unusual. But already, enough has happened to throw him off balance.”

So begins the story about Kyle, a nonverbal autistic teenager in Maryland who receives electroconvulsive therapy (ECT) for autism. Kyle’s experience introduces readers to electroconvulsive therapy through the expert reporting of Apoorva Mandavilli, editor in chief of Spectrum and First Place winner of the 2016 AHCJ Awards for Excellence in Health Care Journalism in Consumer/Feature (small) category. END_OF_DOCUMENT_TOKEN_TO_BE_REPLACED 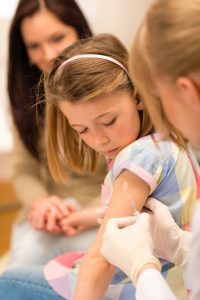 In early October, the Journal of Inorganic Biochemistry announced it planned to retract a study that had used altered data to conclude there was a link between aluminum adjuvants in vaccines and autism in mice, according to Retraction Watch.

Though it is good news the paper was retracted, the bad news is that such studies continue to be published, and fuel ongoing arguments within the anti-vaccine community that researchers are covering up evidence of links between autism and vaccines, says Timothy Caulfield, author of the new book The Vaccination Picture. END_OF_DOCUMENT_TOKEN_TO_BE_REPLACED

A much-discussed study found that some children who have been diagnosed with autism spectrum disorders can outgrow them. That news has spurred hope among parents desperate for cures and, simultaneously, fears among some on the spectrum who embrace their “quirkiness” and don’t want a fix, thank you very much.

A panel of experts said Friday at Health Journalism 2013 that the causes of autism spectrum disorders remain mysterious and that questions remain about how to minimize the deficits in speech, social behavior and cognition seen in those on the spectrum.

The three experts all agreed that new higher estimates from the CDC that one in 88 children may have autism could be related to increased diagnosis and earlier detection, not just to an increase in cases. They said babies as young as six months can exhibit signs that they might be on the spectrum and that clinicians are diagnosing children who have just turned a year old. END_OF_DOCUMENT_TOKEN_TO_BE_REPLACED

In the Minneapolis Star Tribune, Jane Friedmann used simple tax documents and a local woman’s complaint to show that most of the money raised by the Austim Spectrum Disorder Foundation goes toward sustaining the foundation’s fundraising, not toward families living with autism. It’s a brief, effective piece of reporting of the sort that can and should be localized more often. For the record, here are the numbers Friedmann got from the return.

The charitable group pulled in $1.2 million in 2009, according to its IRS filing, but the charity listed a negative balance of $29,679 at the end of the year. It listed three employees and 89,128 “volunteers” …

The group hired two companies to raise funds for ASDF in 2009, but neither did much to help the cause. Ohio-based Infocision kept all $876,832 it raised, while Missouri-based Precision Performance Marketing kept all but $37,842 of the $203,227 it raised.

She also called local and national autism charities for their perspective on the dubious foundation, then included a few paragraphs which helped readers make more informed choices when doling out charitable contributions.

To investigate charitable organizations in your area, find out how to to understand an IRS 990 form, the tax return that nonprofit organizations file. It tells you the organization’s revenues and expenses, and its assets and liabilities. You can see whether or not it is making a profit, and how its fund balance, or net assets, has changed over the past year.