Antipsychotic drugs are used less often and patient-centered treatment for behavioral health, including dementia, is on the rise, according to new July data available on the CMS Nursing Home Compare website.

The agency said its efforts to reduce antipsychotic use in nursing homes by 15 percent by the end of the year seem to be working. In 2010, CMS data showed that at least 17 percent of nursing home residents received antipsychotic drugs exceeding recommended levels. CMS launched The National Partnership to Improve Dementia Care in 2012 to address this issue. END_OF_DOCUMENT_TOKEN_TO_BE_REPLACED 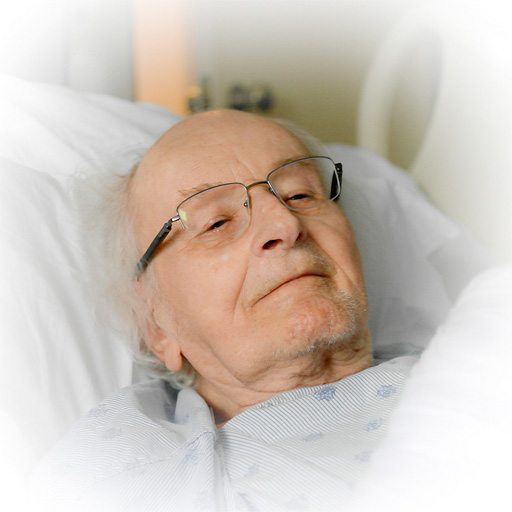 The American Geriatrics Society (AGS) today published the results of its examination of care to determine the top five things patients and physicians should question when caring for older adults.

AGS partnered with the American Board of Internal Medicine Foundation’s “Choosing Wisely” campaign to evaluate information from ABIM societies and AGS members. They looked at whether physician-ordered tests and procedures were sufficiently evidence-based, whether the potential health benefits were worth any risks they might pose, if they were redundant or medically necessary. The goal of the campaign is to pinpoint and eliminate unnecessary health spending. END_OF_DOCUMENT_TOKEN_TO_BE_REPLACED

Should older adults use powerful narcotics for ongoing pain relief?

This is a much-debated topic in geriatric circles. Last week, it burst into the public sphere with an article in the Milwaukee Journal Sentinel and MedPage Today by John Fauber and Ellen Gabler.

Their story focuses on a 2009 recommendation by the American Geriatrics Society that physicians consider prescribing opiates more often to seniors with moderate to severe pain.

Potential conflicts of interest may have compromised the Geriatric Society’s guidelines, Fauber and Gabler discovered. Five of 10 panel members who prepared the report had financial ties with opiate drugmakers and a sixth member began serving as a speaker for a drug company in the following year.

In another disturbing finding, Fauber and Gabler reveal that a pain guide endorsed by the Geriatrics Society and funded by an opioid drugmaker highlighted benefits of narcotics while downplaying risks – the potential for addiction, cognitive problems, overdosing, falls and fractures, and the enhancement rather than diminishment of pain.

“None of these side effects was included” in the document; instead, it claimed that “opioids allow people with chronic pain to get back to work, run and play sports,” they write.

The Geriatrics Society told the reporters that it stands behind the guide and is “deeply concerned that public policy may create barriers that will limit older adults’ access to pain medicine.”

In a sidebar, Fauber and Gabler examine a related issue in this controversy: the contention that alternatives to opioids – common over-the-counter drugs such as Aleve, Advil and Motrin – can have more deleterious health effects than narcotics. END_OF_DOCUMENT_TOKEN_TO_BE_REPLACED

In the series Abused and Used, New York Times reporter Danny Hakim and a host of his colleagues have been investigating how public resources are used to treat developmentally disabled New Yorkers. The series is ongoing, but hit an inflection point with the publication of Hakim’s piece on the few-strings-attached use of very powerful drugs to treat some of the state’s most vulnerable adult residents.

Developmental disabilities, Hakim writes, often manifest themselves in ways that are easily mistaken for mental illness, and these misdiagnoses can lead to unnecessary or improper medication. “In fact,” Hakim writes, “developmentally disabled residents of group homes in New York are more likely to be given Ativan, an anti-anxiety drug that has a tranquilizing effect, than multivitamins, the records show.”

Hakim’s reporting is rich with both anecdotes and data. These paragraphs from the series will give you an idea of how he approached the issue.

Tens of thousands of powerful pills created to treat serious mental illnesses like schizophrenia are given to developmentally disabled people in the care of New York State every day.

…a review by The Times of previously unreleased records, as well as interviews with state employees, clinicians, family members and outside experts, reveals that the psychotropic medications, which alter the brain’s chemistry, are often dispensed sloppily, without rigorous or regular review, by general practitioners with little expertise in the area.

And low-level workers at state group homes are frequently given discretion to increase the medication “as needed,” despite their lack of significant training.

Psychologists who have worked inside the system describe a culture in which the drugs are used to control the disruptive behavior of the developmentally disabled — people with conditions like autism, Down syndrome and cerebral palsy — an approach increasingly discredited in the field.

Writing for The Vancouver Sun and Postmedia News, Sharon Kirkey and Pamela Fayerman, report that, in an environment where the rate at which physicians are recommending certain antipsychotics for children has doubled since 2006, a local children’s hospital has launched what the reporters call “the world’s first clinic to help children cope with the side effects of such medications.”

The clinic, which helps children and their parents prepare for antipsychotic use or cope with its side effects, opened in April and has a four-week waiting list.

(Dr. Jana Davidson, a child and adolescent psychiatrist who helped establish the specialized clinic) said she helped create the clinic because of her increasing alarm over the side effects of treatment in her patients. While she believes the medications are sometimes prescribed inappropriately, they are often useful for a range of disorders including severe aggression, mania in bipolar disorder and schizophrenia. But the side effects can be serious.

“I would see kids with psychosis in the emergency department and then I would see them again 10 months later and they would be 30 to 50 pounds heavier,” she said.

Despite sometimes serious neurological side effects, more Canadian families are turning to the drugs and antipsychotic drug recommendations for youth jumped 114 percent in Canada from 2005 to 2009.

The drugs — which have not been approved in Canada for use in children under 18 — are being used for attention-deficit/hyperactivity disorder, conduct disorders, irritability related to autism, mood disorders, physical or verbal aggression and other behavioural problems.