Neither the FDA nor the FTC actively monitors claims made in pharmaceutical marketing about medical conditions if the name of a medicine isn’t mentioned. END_OF_DOCUMENT_TOKEN_TO_BE_REPLACED

By working to expand the market of people seeking treatment for mild cognitive impairment,  Biogen could needlessly expose many people to a drug with known risk but as yet unproven potential benefit, some researchers said. (See “Do we all have Alzheimer’s? Drug makers might want you to think so,” Adriane Fugh-Berman and Patricia Bencivenga of Georgetown University, Baltimore Sun, July 16, and “‘When Memory Fades’: Misinformation about Alzheimer’s disease and Aduhelm must be limited,” Madhav Thambisetty of Johns Hopkins University, STAT, July 21.) END_OF_DOCUMENT_TOKEN_TO_BE_REPLACED 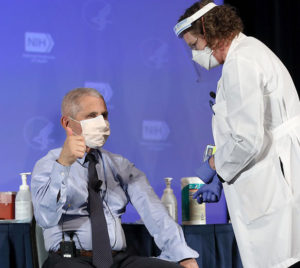 The nonprofit group, which led the advertising campaign to garner public support for the polio vaccine in the 1950s, plans to focus especially on communities of color, which polls show are skeptical of the vaccine. END_OF_DOCUMENT_TOKEN_TO_BE_REPLACED 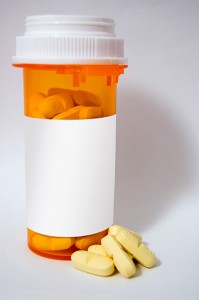 Many American consumers may not realize this, but only New Zealand and the United States are the only countries with strong pharmaceutical regulations in which direct-to-consumer advertising from pharma companies is allowed.

All those TV commercials and double-spread ads for prescription drugs – whether it’s for erectile dysfunction drugs or mental disorders or high blood pressure or some chronic condition – are missing from the media in most of the world.

The way such ads look and sound (including the usual mind-numbing text block tucked into a print ad detailing risks and potential side effects, or a hastily spoken voice-over toward the end of a commercial), may soon change. The U.S. Food and Drug Administration is revising regulations governing how companies communicate risk to consumers. END_OF_DOCUMENT_TOKEN_TO_BE_REPLACED

Journalists on Twitter were surprised, even dismayed, on Tuesday when tweets from The Associated Press prompted followers to “Visit AstraZeneca’s YouTube channel.”

I asked Paul Colford, AP’s director of media relations, about the “Sponsored Tweets.” His response to me – and several others who had questions – is that this is nothing new and other news outlets are doing it, too.

The Associated Press began using “Sponsored Tweets” in January in conjunction with the International CES (consumer electronics show). The press release announcing the “innovative advertising” says the tweets would be provided by the advertiser and handled by staff outside the AP newsroom:

The AP developed internal guidelines in recent months so that it may build new business models in the new media landscape without compromising its newsroom values and principles.

A more in-depth piece on the Muck Rack blog about the venture provides further insight into why the AP is using them and how they are generated. In the post, Ken Detlet, the AP’s vice president of digital advertising, said “It’s a useful tool, when used tactfully, to promote meaningful content.”

We’ve gathered a sampling of reactions from journalists and we’re interested in hearing from our readers. Is labeling them as “Sponsored Tweets” enough? Do you think this will become more prevalent? What would be your reaction to seeing such tweets in your stream? Did you know that AP and other news organizations are including advertising in their tweets? Use the comment section to share your thoughts.

Saerom Yoo, a reporter at The Statesman Journal in Salem, Ore.:

Blythe Bernhard, a health and medical reporter at the St. Louis Post-Dispatch:

Will Yong, an associate producer with Al Jazeera’s “Listening Post:”

@AP excuse me? has it come to this?

Jane McManus, a sportswriter with ESPNNewYork.com and ESPNW:

Ben Popken, a writer and editor with NBC News:

@AP This is a terrible tweet for multiple reasons.