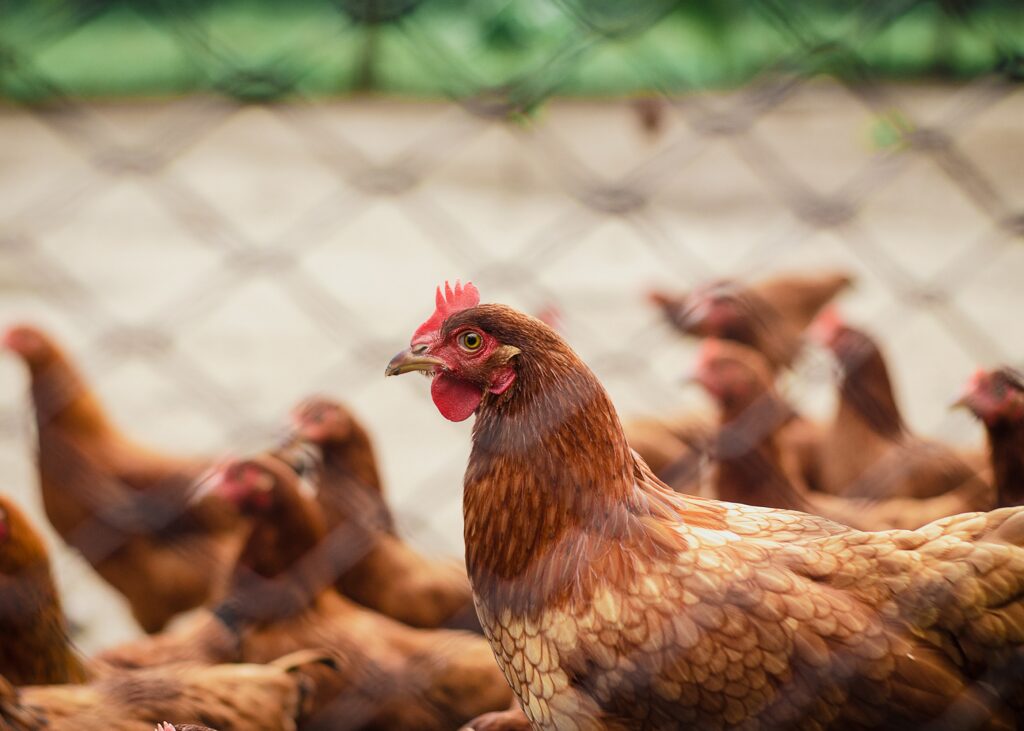 Photo by Italo Melo via pexels.

As you look for infectious disease stories (other than COVID-19), consider getting up to speed on avian flu, which could worsen this spring as birds migrate north with warming weather.

While the present bird flu virus hasn’t yet demonstrated the ability to spread among humans, it is extremely contagious among wild birds and chickens that lay eggs, playing a role in the rising price of eggs. And like all contagious viruses, there is a possibility that a genetic shift in the pathogen could make it dangerous for people at some point in the future.

“We constantly watch avian flu,” said William Schaffner, M.D., Vanderbilt University professor of preventive medicine and infectious diseases and medical director of the National Foundation for Infectious Diseases. “Periodically, by chance alone, avian flu viruses pick up the genetic capacity to spread among humans. So, we have to watch avian flu to make sure that if that happens, we can respond as quickly as possible.”

Here’s a Q&A to help you understand what we know now about the global avian flu outbreak.

When did this outbreak begin?

The outbreak started in early 2022. A commercial turkey farm in Indiana reported a highly contagious strain of H5N1 had killed about 100 of its birds. Then ducks in South Carolina were found with the virus too. H5N1 is one of several strains classified as highly pathogenic avian influenza (HPAI) because of its high mortality rate in birds. Until the early 2000s, avian flu was mostly limited to poultry and thus was containable. Then the flu began to spread among wildlife, which took the pathogen along migratory paths around the globe. For the past several decades, avian flu cases have ebbed and flowed in severity.

Waterbirds are believed to have brought this most recent version of the H5N1 virus from Europe through Canada and into the U.S., and the current outbreak appears to be the deadliest for birds yet. In previous years, avian flu outbreaks subsided in summer, but in 2022, this was not the case and the virus continued to spread.

“Something is quite different about this virus this go around,” Rebecca Poulson, a wildlife-disease researcher at the University of Georgia in Athens, told Nature of how contagious and deadly the virus has continued to be.

Since the first reports of H5N1 last year, the avian flu has rapidly spread to poultry, waterfowl and wild birds throughout the U.S., affecting more than 57 million birds and leading to the depopulation of 44 million egg-laying chickens. It has now surpassed the nation’s last largest bird flu outbreak which occurred in 2015, according to the CDC.

How worried should people be about infection from H5N1?

“At the moment, there’s no indication that [human] flu anywhere in the world is [the result of] a new strain that’s come from avian sources,” Schaffner said.

However, poultry farmers and their families are at high risk of exposure to chicken blood and excrement, and sometimes they get the flu from their birds. If someone does become infected and sickened by avian flu, the mortality rate is high. Between 2003 and the end of 2022, the number of people with confirmed cases of avian flu was 868 and 457 died from it, according to the WHO. Last year, one person in the U.S. was reported infected with avian flu and recovered. In January 2023, Ecuador reported one human case of avian flu.

Should backyard poultry owners be worried about infection from H5N1?

The CDC says it is rare for avian flu to spread to people. There haven’t been any cases of backyard poultry owners developing avian flu in the past year.

Can you get avian flu from eating chicken?

No. There have been no cases of people developing avian flu from eating properly cooked chicken, the CDC said.

Even if it currently doesn’t transmit well to humans, it still has the potential to mutate and become more transmissible to humans: “This is a ticking timebomb,” Devi Sridhar, University of Edinburgh chair of global public health wrote in the Guardian. “A mutation that makes this virus circulate more easily between humans is possible.”

And avian flu is an important economic, animal, mental health and environmental story.

You’ve probably already seen the impact in terms of egg prices. There is no vaccine for the virus at the moment, making it extremely challenging for farmers (and backyard poultry owners) to prevent infection. The pathogen is extremely contagious among chickens that lay eggs and farmers must cull their entire flock once avian flu is detected. (The virus is less contagious among chickens raised as food called broilers, so the chicken meat market has not been as severely impacted as the egg market) It takes farmers in the range of four to seven months to replace flocks that lay eggs.

Meanwhile, the way some chicken farmers cull their infected flocks is considered inhumane by animal rights activists. See this Vox story on how chickens are killed en masse (this story is not for the faint at heart)

And it is also a mental health story for farmers who have had to euthanize their flocks to prevent further spread. For example, Oregon Public Radio published a story early this January on the impact of chicken farmers having to destroy their flocks when avian flu was detected. “It’s just devastating,” Amber Betts, Washington state agriculture department spokeswoman, told the reporter. “When your chickens are part of your family, it’s super difficult to watch them go through this.”

Further, the virus is infecting wildlife like owls and hawks and killing other species like penguins and seals, suggesting the flu is having wider environmental impacts.