Sabriya Rice is AHCJ’s secretary and co-chair of its Right to Know Committee. 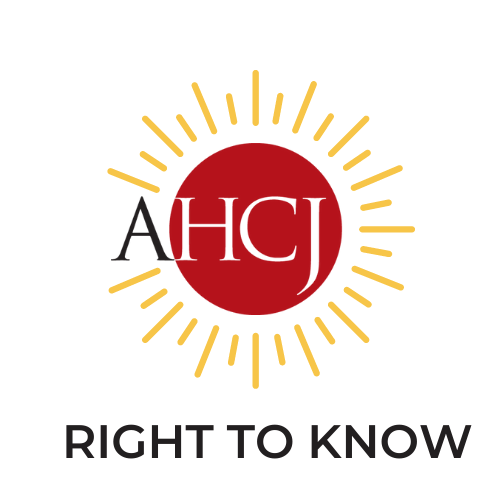 AHCJ secretary and co-chair of Right to Know Committee

In early May, reporters started noticing that a handy resource had been rendered nearly useless. The directory that once provided the email addresses and phone numbers of 90,000 employees of the U.S. Department of Health and Human Services now contains only names and titles, no contact information.

Apparently first publicized in a blog post by Bruce Quinn, M.D., Ph.D., and later noted by Politico, the move was denounced as a step away from transparency.

In a phone conversation, an HHS spokesperson said the directory will be back online “in some form or fashion.” The spokesperson could not say what specific contact details would be restored, or provide a timeline.

The database was taken down due to security concerns, officials said.

When HHS employees began working from home during the pandemic, some staff added their personal contact information, the spokesperson told AHCJ. The national response to COVID-19 became a hot-button political issue, and pandemic-related decisions that some people “vehemently disagree with” resulted in several HHS staff receiving verbal and physical threats, including at least one incident.

“We don’t want to operate in the dark,” the spokesperson said. But “the safety concerns are real… There’s violence against our own employees.”

The sudden removal of email and phone numbers from the database was immediately met with criticism. The resource has been used by media and other members of the public for years to reach subject matter experts and other staff. “This would appear to be another step in the direction of information control,” the Society of Professional Journalists said in a statement.

HHS officials say the agency is trying to balance transparency with employee safety. An internal team that includes the agency’s information technology, communication and other departments is weighing the next steps.

However, AHCJ remains concerned that the agency said its policy is for all media calls to go through public affairs and suggested the first update to the directory might be for public-facing staff, like the press team. We urge HHS to err on the side of transparency.

“There are many ways to protect employees’ privacy without removing their government-issued phone numbers and email addresses. Call-forwarding, for example,” said AHCJ president Felice J. Freyer. “While we understand the security concerns, we don’t want them to become an excuse to hide useful information from the public.”

Public employees have the constitutional right to speak to the press without going through the boss, according to a 2019 report from the Brechner Center for Freedom of Information.

“We appreciate HHS’s willingness to speak with us about this issue, and we urge them to keep us informed about any changes,” said AHCJ Right to Know Committee Co-Chair Joyce Frieden.

“Journalists and the public need to be able to communicate with public officials whose salaries are paid by our tax dollars, and this directory plays an important role in keeping those officials accessible.”

Sabriya Rice is AHCJ’s secretary and co-chair of its Right to Know Committee.