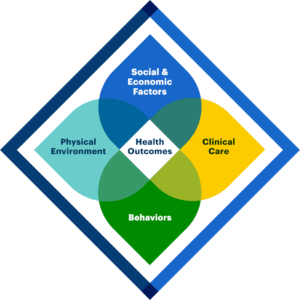 Disparities by race, ethnicity, gender, socioeconomic status and geographical regions persist in the U.S., despite significant public health advancements, medical breakthroughs and increased access to health care. In fact, health disparities have increased in certain areas, with a profound impact on the nation’s collective health and well-being.

That is the conclusion of the recently released Inaugural America’s Health Rankings Health Disparities 2021 Report from the United Health Foundation. Using 30 measures, the report paints a comprehensive portrait of health inequities and highlights the constant and changing contours of disparities in several subpopulation groups.

Depending on the source, three to five years of data were pooled across three time periods between 2003 and 2019 to produce reliable estimates of health disparities across 30 health-related measures. These include core social and economic factors, clinical care indicators, physical environment, health behavior and health outcome measures critical to addressing health disparities and advancing health equity.

While the COVID-19 pandemic has put a spotlight on health disparities and inequities, this report includes a first-of-its-kind national and state-by-state portrait of the disparities in health and well-being that existed across the U.S. prior to the pandemic. In doing so, it shows where there are opportunities to bring new energy and resources and make the greatest changes.

For example, deep and persistent disparities in mental and behavioral health have existed by gender, educational attainment and race and ethnicity — and have worsened for some subpopulation groups, including adults with less than a high school education. Notable disparities in the prevalence of chronic disease persisted by race and ethnicity. Maternal mortality rates increased between 2005-2009 and 2015-2019. While Black mothers experienced the highest rate of maternal mortality, white mothers faced the largest

rate of increase. Even prior to the COVID-19 pandemic, wide disparities existed in household food insecurity.

Regardless of your beat, health journalists will likely find a wealth of data on a variety of health categories to generate stories about the progress or lack thereof in recent years by educational attainment, gender, geography and race and ethnicity for all 50 states and DC and identifies where health disparities have remained and/or grown over time.