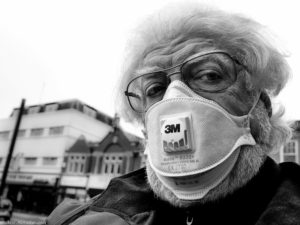 An interesting study out of the UK found that the COVID-19 lockdown was a catalyst for many older people to embrace technology to reconnect with friends and build new relationships with neighbors. The findings are a counterpoint to other research documenting the toll that loneliness and social isolation has been taking on many elders during the pandemic.

Understanding the coping mechanisms adopted by some older adults during the pandemic will play a key role in developing interventions to help tackle loneliness, isolation and well-being in the future.

Researchers at the University of Stirling in Scotland surveyed 1,429 participants, 84% of whom were over 60. They found many had adapted to video conferencing technology to increase online contact with existing social networks, while others reconnected with previous networks. Participants reported that the lockdown led them to engage with neighbors and other members of their communities for the first time. Several said social distancing had brought an additional meaning to life by highlighting what was important to them.

“Our research found that the COVID-19 lockdown triggered feelings of loneliness in older people — with many experiencing less social contact and support,” said Anna Whittaker, professor of behavioral medicine at Stirling, who led the study. “However, the study also highlighted positive outcomes, for example, lockdown encouraged some older people to embrace and engage with technology, such as Zoom, Whatsapp or FaceTime, to stay in touch with loved-ones or participate in exercise classes or religious groups.”

Those who engaged in such activity were able to prevent high levels of loneliness, so helping older adults to increase their digital literacy and use of remote social interactions could be a really important tool for addressing loneliness, according to Whittaker. Participants also reported actively looking for new social contact while the restrictions were in place, such as contacting friends who they had not spoken to in years and increasing interactions with neighbors and other members of their communities. “Significantly, many of our participants reported that social distancing has actually led them to find new sources of satisfaction in life,” she said.

The survey, which was conducted among Scottish older adults between May and July 2020; examined the impact of social distancing during the pandemic on loneliness, well-being and social activity, including social support.

Participants were asked about the strategies they adopted to increase social interaction during this time and reported that the way they interacted with their friends and family, faith, chosen group activities and, to a lesser extent, their employer and colleagues, had changed. More than 300 participants mentioned the app Zoom in their answers.

More than 150 participants reported that their religious gatherings had moved online, replacing face-to-face gatherings, and 91 said that social gatherings with family and friends had changed in favor of online game nights. New activities included bingo and quiz nights, while other activities moved online — such as bridge nights, book clubs, choir rehearsals, and dance and exercise classes.

The role of community, particularly neighbors, was mentioned by more than 300 participants. Some reported the common experience of getting to know previously unknown neighbors and increase interaction with others in the community at local shops or parks. At least 100 people said social interactions were linked to their physical activities, such as time spent outdoors while walking the dog, exercising or active commuting.

“Our research underlines the importance of addressing loneliness and social support in older adults, but particularly during situations where risk of isolation is high,” Whittaker added. “Although specific to the pandemic, this study has wider implications of helping us to understand the impact of social distancing and social isolation on older people.”

These findings may be applicable in the future in encouraging older adults to get to know their neighbors better, becoming involved with local buddying systems and community initiatives, including via digital means, and engaging in physical activity, such as daily walks in the community.

“While it may prove difficult to consider any aspect of the pandemic positive as such, it is important and worthwhile to reflect on what it has taught us, both about ourselves and society and about the necessary tools to tackle Scotland’s increased levels of loneliness and isolation,” said Brian Sloan, chief executive of Age Scotland.

“The ongoing impact of COVID-19 has also demonstrated just how important increased digital inclusion is and how easily those without access to technology can feel out of the loop,” Sloan said. “It’s reassuring to see so many older people reporting that they have been able to embrace and engage with technology to stay connected and active.”

However, it’s just as important to ensure those who are unable or do not wish to use the internet have alternative ways to stay connected to their communities and support networks, according to Sloan. “It is vital that no one is left behind and those most impacted are supported to play a full part in society again.”

The study was published April 24, 2021 in the International Journal of Environmental Research and Public Health.

Journalists may want to explore how the lessons from Scotland can be applied to older adults in the US and Canada: