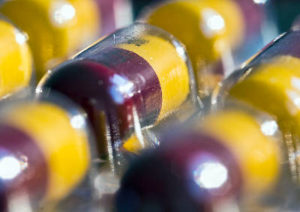 Are you looking for new COVID-19 story angles and stories beyond the current pandemic? Pay attention to “superbugs,” the term for bacteria that have developed resistance to antimicrobial drugs.

Overprescribing of antibiotics in U.S. hospitals during the first months of the pandemic increased the likelihood that the threat of antibiotic resistance has grown over the past year, according to a recent study.

Between February and July 2020, over half of about 5,000 patients hospitalized with COVID-19 received antibiotics soon after admission. However, only about 20 percent of those patients actually had a bacterial infection, concluded the study funded by the Pew Charitable Trusts.

“The findings strongly suggest that overprescribing of antibiotics occurred during the first six months of the pandemic,” said the authors of the study.

In normal times, at least 2.8 million Americans develop a resistant infection, and 35,000 of them die from it annually, according to the Centers for Disease Control and Prevention.

The good news is that most hospitals stopped the antibiotic treatments after 48 hours when test results confirmed the patient didn’t have an infection, suggesting that antimicrobial stewardship programs are working at hospitals.

Pew, which has been tracking antibiotic drugs in the pipeline for several years, reported that 13 of 43 antimicrobials in development had reached final Phase 3 of clinical trials. Around 60 percent of drugs that reach this last stage do make it through regulatory approval.

Organizations like Pew have been spearheading efforts to urge Congress to pass policies to address the economic and regulatory challenges that have slowed the development of new antimicrobials.