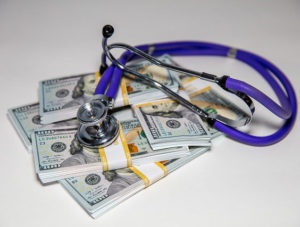 Physicians in all fields of medicine rely on guidelines developed by professional medical organizations to inform how they care for patients. These guidelines, whether defining what counts as hypertension or laying out how best to care for pregnant women, constitute the standard of care in that particular field. To call them influential is a huge understatement.

Since most of these guidelines discuss treatments, it’s reasonable to pay attention to whether those writing the guidelines might have a bias for or against a particular treatment that’s not based on evidence. It’s impossible to be certain of this for all guideline authors, but ensuring they aren’t receiving big checks from industry is one way to guard against bias.

Unfortunately, conflicts sometime slip though. In a highly recommended article at Cancer Therapy Advisor, reporter Karen Weintraub dove into the reality of guidelines authors’ financial conflicts in oncology, described by oncologist Vinay Prasad, M.D. as “one of the worst offenders” in the medical industry. (Disclosure: I have written for Cancer Therapy Advisor’s parent company and found Weintraub’s February article while looking at past features published by Cancer Therapy Advisor after being invited to write for them.)

Weintraub focused on the guidelines of the nonprofit National Comprehensive Cancer Network, which has 56 guidelines panels. Committee members are supposed to include only members who haven’t accepted more than “$20,000 in personal payments from any single company and $50,000 total from industry.” That cap includes funding received by the member’s spouse or dependents and covers “consulting fees, honoraria, stock ownership and patent royalties,” but not data-safety monitoring committees.

That’s a pretty high threshold as it is, but Weintraub reports that some members of the steering committee have received more than that. She notes research has found “even a small amount of money from industry can have a big impact on an individual’s opinion of a company’s product.”

The studies Weintraub cites are enough to drive home the importance of journalists checking on whether a guideline they’re reporting on has authors with financial entanglements. Sometimes it’s harder to find out about financial conflicts of interest among guidelines authors and committee members than with writers of individual medical studies, but reporters can at least reach out to the organization writing the guidelines to find out their policies.

If you can obtain a list of the authors, at least take time to plug the names into ProPublica’s Dollars for Docs database to see what payments they have received. If authors of guidelines might be influenced by industry as they establish the standard of care for a field, patients deserve to know.