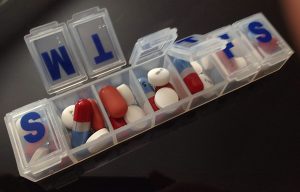 Experts on aging are sounding the alarm about another U.S. drug crisis: Too many older adults taking too many medications.

This trend is leading to a surge in adverse drug events (ADE) over the past two decades. The rate of emergency department visits by older adults for ADEs doubled between 2006 and 2014 — a problem as serious as the opioid crisis but whose scope appears to remain virtually invisible to families, patients, policymakers and many clinicians, according to a recent report by the Lown Institute, a nonprofit think tank in Brookline, Mass.

The problem is systemic, said Brownlee, during an April 2 telebriefing. “No health care professional group, public organization or government agency to date has formally assumed responsibility for addressing this national problem.”

Over the past decade, older adults sought treatment for a serious drug event 35 million times and were admitted to the hospital about 2 million times, said Brownlee. The rate of emergency department visits for ADEs jumped from 5 to 10 per 1,000 older adults (194,000 to 450,000 ED visits over 10 years). It has to do with the corresponding rise in polypharmacy, a situation that has reached “epic proportions,” she added.

Three classes of drugs contribute to 60% of emergency room visits for adverse drug events among older adults, according to the report:

The report looks at how the culture of medicine and a fragmented system of care can drive overprescribing. Medication overload isn’t new, but seems to be getting worse, said James McCormack, Pharm.D., a professor in the pharmaceutical sciences department of the University of British Columbia.

“It is often far easier to prescribe medications than it is to reduce dosages or deprescribe,” McCormack said. We strive to give the right medication in the right dose, at the right time, but the U.S. health care system isn’t structured properly to achieve that goal.”

Patients often become confused or overwhelmed when trying to track numerous medications, including where, when, and how to take them and what they’re for, the Lown report said. Managing this “pill burden” can make compliance difficult, despite the best efforts of pharmacists, family caregivers or providers.

Patients often see multiple specialists who prescribe multiple medications, leading to an ADE jigsaw puzzle, said James Rudolph, M.D., professor of medicine and health policy at Brown University and the director of the Center for Innovation in Geriatric Services at the Veterans Administration’s Providence, R.I., facility.

“So what happens is that there’s this prescription cascade,” Rudolph said. A patient then returns to the primary provider with symptoms like dizziness, leading perhaps to yet another medication to address that. Despite a hierarchy in medicine which makes primary practitioners reluctant to question medications prescribed by specialists, “we should perhaps step back and ask if symptoms are related to another medication,” he said.

The primary provider and specialist should work together to address polypharmacy and ADEs, Rudolph told me during the Q&A period. “It’s also a good time to involve the pharmacist since a lot of medications need time to taper off.” He suggests that patients or family caregivers bring all the information or pill bottles to the primary provider and ask for a medication checkup. A key goal is to determine whether all the medications are really needed.

Make the provider aware there’s a concern about all of these medications and start that conversation, McCormick said. It can sometimes it can take months to unravel which prescription is causing the problem.

The cost burden is another issue for many patients who take multiple medications, the report noted. In a 2015 survey, more than 40% of adults over age 50 expressed concerned about affording medications due to high out-of-pocket costs. This can lead to non-adherence or pill rationing that can bring additional problems.

“These are critical issues, and we have to ask ourselves what’s taking so long,” said Terry Fulmer, Ph.D., R.N., president of the John A. Hartford Foundation. “This report makes it clear we need to get on this; we need to be thinking about the high-risk medications that we already know are so deleterious to older people.”

In your reporting on this issue: