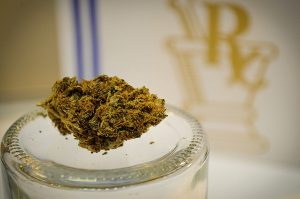 There are plenty of stories about older adults increasingly turning to medical marijuana to combat various ailments — from pain relief to Parkinson’s disease. A recent preliminary retrospective study found that it may be a safe and effective alternative to opioids.

Researchers from the Dent Neurological Institute in Buffalo, N.Y., found that more than two-thirds of study participants experienced at least some relief from pain. However, only one-third of them also reduced their use of opioids.

It’s important to note that the study relied on participant self-reporting of symptom relief, so it is possible that the placebo effect may have played a role, researchers cautioned. Also, this particular study focused on concussion-related chronic pain, and researchers said additional randomized, placebo-controlled studies are needed.

“With legalization in many states, medical marijuana has become a popular treatment option among people with chronic diseases and disorders, yet there is limited research, especially in older people,” said study author Laszlo Mechtler, M.D., medical director of Dent Neurologic Institute and chief of neuro-oncology at Roswell Park Cancer Institute, in a statement. “Our findings are promising and can help fuel further research into medical marijuana as an additional option for this group of people who often have chronic conditions.”

The study involved 204 people, with an average age of 81, who were enrolled in New York State’s Medical Marijuana Program. Participants took various ratios of tetrahydrocannabinol (THC) to cannabidiol (CBD), the main active chemicals in medical marijuana, for an average of four months and had regular checkups. The medical marijuana was taken by mouth as a liquid extract tincture, capsule or in an electronic vaporizer.

“Our findings show that medical marijuana is well-tolerated in people age 75 and older and may improve symptoms like chronic pain and anxiety,” said Mechtler. “Future research should focus on symptoms like sleepiness and balance problems, as well as efficacy and optimal dosing.”

“While older patients represent a large and growing population of medical cannabis users, few studies have addressed how it affects this particular group, which also suffers from dementia, frequent falls, mobility problems, and hearing and visual impairments,” said Victor Novack, M.D., a professor of medicine at Ben-Gurion University and head of the Soroka Cannabis Clinical Research Institute.

Despite growing demand and interest in cannabis as an alternative to prescription painkillers in the U.S., federal law still hinders research, according to Melcher in this interview published in NYSBA Journal, the online publication of the New York State Bar Association.

There are synthetic alternatives, but as U.S. News reported, they may still fall into a gray area when it comes to federal law and research. Marijuana is a Schedule 1 narcotic (same as LSD, heroin and ecstasy), which “have no currently accepted medical use in the United States, a lack of accepted safety for use under medical supervision, and a high potential for abuse,” according to the DEA. Researchers often find it difficult to access the quantity, quality and certain type of cannabis necessary to address specific research questions.

Not everyone is on board with increased use of pot by seniors even for medical reasons, as Forbes reported. Older adults metabolize drugs differently than younger people, so the effects and side effects will be different. Since many older people take multiple prescription medications, it’s still unclear how cannabis may interact with them.

However, as more baby boomers hit “senior-hood,” use of both medical and recreational pot likely will continue to grow, according to numerous stories, like this one from the Washington Post. Support continues to increase for federal legalization of cannabis, especially for medical use. Politicians may be listening more closely, as more states forge ahead — even conservative ones like Kentucky.

Journalists: What is the status of medical marijuana in your state? Talk to older adults — in all age groups. Are they (or would they) use medical cannabis? Are doctors prepared and trained to manage patient use of this drug? If it’s not legal in your state, are seniors traveling to neighboring states to purchase it?