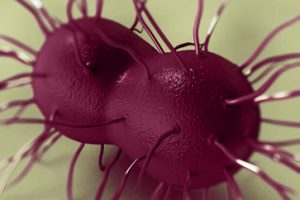 The number of recorded cases of sexually transmitted diseases in the U.S. is at historic levels as a result of decreased public health funding, lack of understanding about how STDs spread and less access to health care and screening, two public health experts told AHCJ members in a webcast on Nov. 1.

“There have never been more recorded cases of STDs in the U.S.,” said David C. Harvey, executive director of the National Coalition of STD Directors. “These numbers are shocking.”

In 2017, there were 2.3 million reported cases of chlamydia, gonorrhea, syphilis and congenital syphilis, according to the Centers for Disease Control and Prevention. The number of cases of gonorrhea has risen 67 percent and syphilis has risen 76 percent since 2013.

Syphilis “had been eradicated but it is roaring back,” Harvey said.

As STD cases are rising, resistance to antibiotics – the main treatments of STDs – has been growing globally, and it will only be a matter of time before resistant STDs emerge in the U.S., said Peter A. Leone, M.D., professor of medicine at the University of North Carolina School of Medicine and a professor of epidemiology at the Gillings School of Global Public Health.

“Antibiotic-resistant gonorrhea is a smart bug,” Leone said. “And we will see strains of [the resistant bug] that will come to the U.S. We would argue the U.S. isn’t very well prepared for this inevitability.”

Earlier this year, several patients in the United Kingdom were treated for gonorrhea that was resistant to two of the standard antibiotic treatments. The patients were cured with a third, more expensive, antibiotic. The discovery of gonorrhea resistant to multiple antibiotics raises fears gonorrhea could become untreatable in the near future.

For journalists looking for avenues to cover STD’s, Harvey urged reporters to write about the lack of funding for STD clinics, sex education and screening and antibiotic resistance. Harvey noted that more pregnant women should be screened for syphilis, because the number of babies that contracted the bacteria from their mothers rose almost 44 percent, the CDC said.

“We consider this a failure of the current public health system,” that so many babies have contract congenital syphilis, Harvey said.

Harvey’s group has urged Congress to increase funding of STD prevention programs by $70 million annually [currently the CDC receives about $157 million in funding for STD prevention] He also suggested journalists look at the connection between rising STDs and drug use. STD rates have increased as the opioid crisis and methamphetamine epidemic has unfolded. Further, he suggested reporters look into the role of dating apps and the increase in STDs.

Other avenues for stories include looking into whether HIV and pregnancy prevention programs are including a discussion of the risk of STDs. He said a recent CDC survey on youth risk behavior suggests that young people are using condoms less frequently and may not be aware that the behavior increases the risk of spreading STDs. Still another angle is considering how social determinants may be playing a role in which demographic groups are at the highest risk for contracting an STD.

“Economic and societal issues create barriers” and stigma, when it comes to STDs, Harvey said. “So having this out in the press and talking about it are the ways to de-stigmatize that.”