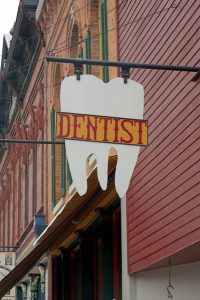 The state’s only dental college will continue to serve the more than 8,000 adult Medicaid patients currently on its roles, but leaders at the dental college said that the school would not routinely accept additional patients covered by Iowa Medicaid’s Dental Wellness Plan.

The plan serves most of the adults included among Iowa’s 600,000 poor or disabled Medicaid beneficiaries, Tony Leys reported for the Des Moines Register.

The state plan is paying less for dental services than it used to and added new rules, such as a $1,000 annual limit on non-emergency dental treatment covered by Medicaid, dental college associate dean Michael Kanellis wrote in a letter to a state Medicaid dental official cited by the Des Moines Register.

Such changes already have caused other dental clinics around the state to stop accepting new adult Medicaid patients, resulting in additional strain on the dental college and longer waiting lists for patients, Kanellis wrote.

“We are hearing from patients statewide who are not able to access dental care even for emergencies in their hometown. Twice we have heard from relatives of patients who claim they have had to rely on street drugs to manage their dental pain,” Kanellis wrote in his letter.

A spokesman for the state department of human services told the newspaper that the new $1,000 annual cap on non-emergency services was consistent with other plans and that rules had been streamlined to make them easier to understand.

Last year, the Iowa Dental Association raised objections about new Medicaid contract language that no longer allowed dentists to limit the number of Medicaid patients they would accept.

“The association predicted many dentists would drop out of the program rather than accept unlimited numbers of money-losing cases,” Leys reported.

The newly-announced move by the dental college comes amid a larger ongoing struggle between university administrators and state health officials over whether the state should allow private companies to run its $5 billion Medicaid program, Leys wrote.

A university spokeswoman quoted by the Des Moines Register said the dental college would continue to see Medicaid patients seeking emergency care for pain and swelling as well as new patients seeking care in the college’s geriatric and special needs clinics.

A separate dental clinic at the University of Iowa Hospitals will continue to accept new adult patients, Leys reported. Iowa’s child Medicaid beneficiaries are not affected by the decision.

State officials said they would work to address the concerns of the dental college.