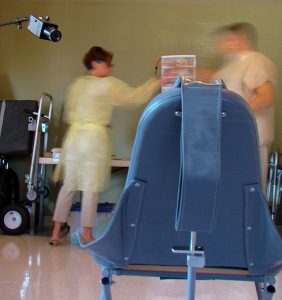 Getting dental care to America’s elders is a big challenge.

Medicare has never covered routine dental benefits. Medicaid dental benefits for poor adults (including more than 7 million seniors) are scant in many states.

Out-of-pocket costs and problems with mobility can complicate the search for care. As a result, many seniors delay dental visits. Disease progresses. Tooth loss is a grim indicator of the problem. One-third of older Americans have lost six or more teeth, according to a new report by the nonprofit Oral Health America (OHA), based in Chicago.

Still, as America’s baby boomers age, many states are taking useful steps to address the oral health needs of their seniors.

With an eye toward preventing oral disease and getting more elders into dental chairs for timely treatments, state leaders are working to gather data, develop action plans and raise awareness to bolster adult Medicaid dental benefits and community water fluoridation programs, according to OHA’s latest “State of Decay” report card.

Thanks to low indicators of disease and high measures of sustained effort, Minnesota is again at the top of the national rankings, a position the state also enjoyed in the past two reports, which were issued in 2013 and 2016.

Six other states, Wisconsin, North Dakota, Connecticut, Rhode Island, Michigan and Colorado, have also remained in the top 10. They are joined by two new states that rose from the middle ranks to places near the top.

One is Iowa, which jumped from 23rd place all the way to third in the new report.

Iowa’s state dental, director Bob Russell, quoted in the report, said dental hygienists have played a significant role in improving the state’s standing. He called them the “boots on the ground” in Iowa’s innovative I-Smile Silver program, which helps elders to find and pay for dental services, get rides to appointments and overcome other barriers related to care. The I-Smile program began as an initiative to improve care for the state’s children, Russell explained.

“Our success with our I-Smile program for children is what really gave us the platform for expanding into I-Smile Silver,” he said.

California, which rose from 30th place in 2016 to ninth this year represents another success story, the authors of the report noted. The state’s expansion of community water fluoridation and adult Medicaid benefits helped it attain its higher ranking.

Alabama also won plaudits for its improvement, moving from 50th place in 2016 to 29th this year. Conan Davis, a former state dental director who now serves on the School of Dentistry faculty at the University of Alabama Birmingham, explained in the report that being at the bottom in of the State of Decay rankings troubled state leaders and helped galvanize change.

“We were all alarmed,” he said. The dental school worked with state agencies, federally qualified health centers, the state dental association and the philanthropic DentaQuest Foundation to develop a plan of action. Now, outreach programs using grant-funded portable dental equipment are bringing dental services and oral health awareness to seniors, including home and bedbound elders.

The news, however, is not good in every state, according to the new report.

Because of factors that include cases of severe tooth loss and low rates of dental visits among elders, Arkansas dropped from a ranking of 20th down to 45th in the new State of Decay. Other states with a low score are Wyoming, Delaware, West Virginia, New Jersey, Texas, Oklahoma, Louisiana and Tennessee and Mississippi.

But even in Mississippi, which ranked 50th this year, there is hope, the study authors are careful to note. They credit the state, which has struggled with historic burdens of poverty and chronic disease, for working to advance water fluoridation and developing an official oral health plan that calls for establishing “a culture of health that includes oral health.”

Reporters: how did your state rank on the new report card?