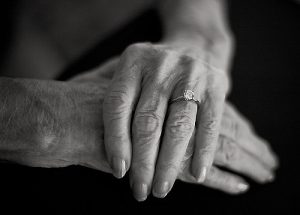 The population of Americans with Alzheimer’s disease is projected to more than double by 2060, according to a new study by UCLA researchers. By 2060, an estimated 15 million people in the United States will have Alzheimer’s, dementia or mild cognitive impairment, up from about 6.08 million this year. The researchers used computer models to analyze data from the largest studies available on rates of Alzheimer’s progression to estimate the number of people in preclinical and clinical disease states.

This story by NBC News’ Maggie Fox explains the study and its results well; I wanted to understand better what was behind the projection and why it seemed so dramatic, so I reached out to the National Institute on Aging (NIA), which funded the research.

Part of the answer lies in the growing aging population fueled by baby boomers, according to the NIA’s Dallas Anderson, Ph.D., program director of population studies in the dementias of aging branch of the division of neuroscience. Since Alzheimer’s and dementia risk increase with age, and some 10,000 people a day are turning 65, it makes sense that more will develop the disease – assuming the risk remains the same, he said in a phone interview.

“It’s a plausible estimate, based on extrapolation,” Anderson said. The proportion may actually be greater if only looking at people over age 40, he explained, since the study’s estimate is based on the total U.S. population, including children. It is people at middle age and older who most frequently show evidence of neurological changes that may eventually lead to Alzheimer’s. Also, the study did not look at all types of dementia, such as vascular dementia, which could impact these figures.

However, don’t let these numbers scare you too much. “A lot of people with preclinical symptoms will never develop the disease,” Anderson said. The research challenge now is to develop strategies to treat people at the subclinical, or pre-symptomatic, stages. Researchers are “working like crazy” on developing methods to delay, prevent, or control buildup of beta-amyloid, the hallmark protein fragments in the brain, or to slow neurodegeneration, similar to how a statin can help reduce heart disease.

Is incidence up or down?

Other studies from Western Europe and the United States indicate the risk of disease may be decreasing in some populations, Anderson added. Improvement in treating and controlling cardiovascular disease and other chronic conditions is a likely explanation for this trend, seen primarily in high-income countries.

“Our understanding of risk has become more nuanced, and we’re better able to detect and treat many underlying risk factors earlier,” he said.

Culturally, factors that include a more educated population and lifestyle changes, such a healthier diet and regular exercise, also are known to decrease risk. However, in less developed nations incidence of the disease is still increasing, according to the World Health Organization (WHO). Worldwide, an estimated 50 million people have dementia, and nearly 10 million new cases are reported every year, according to WHO. Some 60 percent of cases are in middle- and low-income nations.

Each new study adds to the body of knowledge in detecting the sometimes subtle signs and symptoms of Alzheimer’s disease and other dementias, Anderson said. “We’re in a transformative period in research, and what’s going on is quite exciting.”