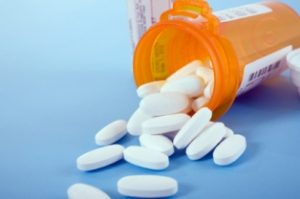 On Thursday, President Donald Trump announced he would direct the Department of Health and Human Services to declare a 90-day public health emergency to address the ongoing opioid epidemic that last year claimed at least 64,000 American lives.

One of the promises made in the president’s declaration is to allow some patients to obtain medication for addiction treatment through telemedicine.

You can learn more about the overall declaration as reported by various news outlets, including comprehensive roundups at the Los Angeles Times and CNN. Journalists covering the announcement pointed out that the declaration comes with no new direct funding.

Advocates for expanded use of telemedicine applauded its inclusion in the president’s declaration.

Peter Yellowlees, M.D., president of the American Telemedicine Association, called it “a very positive move and one that will certainly help more patients to access high quality treatment,” according to a news release.

For physicians to be able to treat patients with opioid addictions via remote video or audio communications, including prescribing medications, legal restrictions would have to be lifted.

Politico’s David Pittman does a great job unpacking the legal twists and turns necessary to make the president’s telemedicine aspect of the declaration a reality.

The 2008 Ryan Haight Act restricts physicians from prescribing anti-addiction medications and controlled substances to patients who have not received an in-person medical evaluation. The law was designed to provide oversight to online pharmacies and was named after a teen who overdosed after taking Vicodin he had purchased over the Internet.

The Drug Enforcement Agency (DEA) issued regulations on the Ryan Haight Act, and can update those regulations to reflect the president’s new opioid order. As Pittman reports, it’s unclear when that could happen.

The ATA said that the president’s declaration “opens the door for the DEA to create a pathway for providers to treat addicts through telemedicine.” For instance, a special provision could be made in the Ryan Haight Act to allow for video visits and treatment without first having an in-person visit, the group said.

Telemedicine, or telehealth, does have its limitations, however. For one, provider groups have long worried that it could lead to fragmented care at a time when care continuity is taking root.

Robbie Gonzalez of Wired magazine has an excellent story this week on how clinicians are being trained in having a “webside manner” to effectively treat patients over video conference.

Gonzalez writes that “many experts are skeptical of clinicians’ ability to deliver compassionate, high-quality care to virtual strangers.”

Allowing people struggling with opioid addiction wider access to specialized treatment via telemedicine could help with clinic backlogs and shortages in areas hard-hit by the epidemic. How effective remote video treatment is – especially if there is not adequate support or reimbursement – remains to be seen.