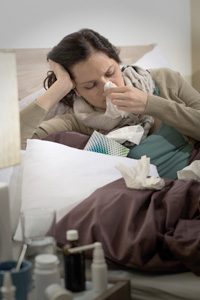 Public health officials have warned over the past several weeks the U.S. flu season this year may be worse than usual following a tough flu season in Australia.

Dr. Anthony Fauci, director of the National Institute of Allergy and Infectious Diseases told CNN that “in general, we get in our season what the Southern Hemisphere got in the season immediately preceding us and an intelligent guess” is that North America will most likely have a bad flu season.

Further, Dr. Daniel Jernigan, influenza chief at the U.S. Centers for Disease Control and Prevention told the Associated Press that: “We don’t know what’s going to happen, but there’s a chance we could have a season similar to Australia.”

The warnings come as the CDC began its annual campaign to encourage Americans to get their flu shots before the virus begins spreading during the fall and winter.  About 5 percent to 20 percent of the U.S. population gets the flu each year. The flu can cause severe illness and life-threatening respiratory complications. Adults 65 and older, children, pregnant women and those with compromised immune systems are among those that are the most at risk. In the 2016-17 flu season, which was described as a “moderate,” more than 600,000 were hospitalized due to complications from the flu, said Jernigan. Since 2010, 200,000 to 710,000 people have been hospitalized annually due to the flu, and 12,000 to 56,000 died each year too, according to the CDC.

“Influenza is an unpredictable infectious disease,” said Dr. William Schaffner, professor of preventive medicine at Vanderbilt University School of Medicine. “I like to say flu is fickle. I am often asked ‘how severe will the season be?’ It will be severe and it will always be severe. Flu vaccination is our first and best line of defense to prevent flu.”

Though Australia has not finished collecting all its data from its past flu season, the flu vaccine may not have been as effective as past years, and more than the usual number of older adults and children contracted the flu. Flu vaccine effectiveness fluctuates annually because the virus constantly mutates. Researchers have also recently questioned whether the vaccine manufacturing process might also make the vaccine less effective. About half of Americans were vaccinated during last year’s flu season and the vaccine was about 42 percent effective. The figure means that people who got the shot had about a 42 percent lower chance of needing additional medical care due to the flu.

To monitor the flu’s development, go to the CDC’s FluView, which provides weekly state-by-state summaries of the disease’s progress. Written reports on the flu based on data collected from health providers and state health departments in the previous week are posted every Friday. This hour-long Flu101 webcast hosted by the National Foundation for Infectious Diseases, a Bethesda, Md.-based nonprofit that often partners with the CDC to promote disease prevention efforts, explains in detail how the CDC monitors the flu, what information the agency provides on its website and common questions and answers about the flu. 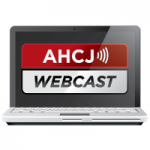 Reporters looking for more information on understanding how the flu virus works, how the flu vaccine is made, how the CDC monitors the flu and many more resources, can check out this new tip sheet on covering the seasonal flu. And be sure to join us for a webcast on Oct. 10: Is the U.S. prepared for a flu pandemic?