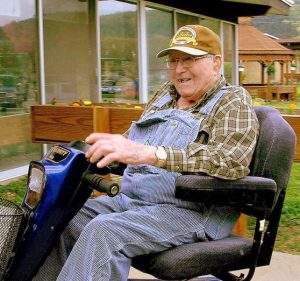 As annual Medicare open enrollment begins next week for more than 46 million Americans age 65 and older and an additional 9 million people with disabilities, there is moderately good news ahead for beneficiaries — at least for now. But Medicare advocates are alarmed about significant proposed changes to the program in just-released House and Senate budget proposals.

The House’s proposed fiscal 2018 budget, which passed on Thursday, would cut billions in mandatory program spending, raise the eligibility age for both Medicare and Social Security and encourage Medicare to model itself more like Medicare Advantage programs to control costs, according to an article in The Atlantic.

This approach would turn guaranteed benefits into a system of inadequate vouchers, charges Richard Fiesta, executive director of the Alliance for Retired Americans, who said, “It is a stab in the back to the millions who contribute to Medicare throughout their lives, expecting it to be there when they retire.”

On the Senate side, around $473 billion in Medicare cuts over the next decade have been proposed, according to this Politico story. That figure had not been released officially as of Thursday, but minority budget committee members which include Sen. Bernie Sanders (I-VT) cited the figure in their own report. Democrats say the budget also would slash roughly $1 trillion from Medicaid; a number that also had not been released officially, Politico said. Note that approximately 21 percent of Medicare beneficiaries who qualify as dual-eligibles can get Medicaid benefits too.

The cuts would break a campaign promise by President Donald Trump, who vowed not to touch Medicare. The Hill reports that “a GOP aide denied there are any Medicare cuts in the budget and that it merely assumes a slower rate of Medicare spending growth.”

These cuts affect a range of services at the state and local level. Everything from programs that help sick children to nutrition services for older adults are at risk, as detailed in this story in the Independent Record in Helena, Mont.

The House budget would end Medicare as we know it, contends Medicare Rights Center President Joe Baker, who said in an emailed comments, “This House scheme would grind away at traditional Medicare, funneling younger and healthier retirees into private health plans and leaving older, sicker beneficiaries in the traditional Medicare program.”

“Providing coverage for this vulnerable population will make traditional Medicare more expensive and less able to compete. In short, the House budget preserves Medicare in name only,” Baker added.

As older adults are learning about these proposed cuts, they also must focus on their options for open enrollment, which runs from October 15 through December 7.

Most enrollees will see no premium increase, according to the Centers for Medicare and Medicaid. Part B premiums will remain steady at $134 per month for 2018 for the majority of beneficiaries. Those earning over $85,000 per year ($170,000 for couples) will pay higher Part B and Part D premiums.

The most recent Medicare Trustees Report finds the program remains on solid financial footing through 2029, a year longer than previously predicted. In 2016, the Trust Fund had a surplus of $5.4 billion, with more surpluses expected through 2022.

The average Medicare prescription drug plan premium also is expected to remain steady at about $33.50 per month, down about $1.20 per month from the previous year. Beneficiaries will have a 65 percent discount on the cost of brand-name drugs, and a 56 percent discount on generic drugs during the coverage gap, also known as the donut hole.

Medicare Advantage (MA) plans cannot bill enrollees for cost-sharing for preventive care that is free for those in traditional Medicare. However, it is important that beneficiaries use an in-network plan provider or they will incur out of network charges.

Note in your coverage that anyone enrolling in a new plan (whether traditional Medicare or Medicare Advantage) should do so by calling 1-800-MEDICARE rather than contacting the plan directly.