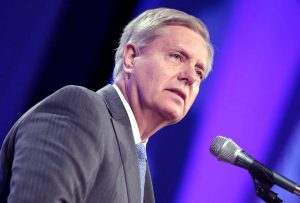 The Graham-Cassidy repeal bill – which essentially would change Medicaid into a per-capita cap – has suddenly come back to life. Republicans are making one more effort to live up to years of campaign pledges to repeal the Affordable Care Act before they run out of time.

The Senate has to vote by Sept. 30 if it wants to pass a repeal bill with just 50 votes. After that, the current budget resolution is no longer in effect, and any legislation would require a bipartisan 60 votes.

The bill retains many ACA’s revenue streams (which conservatives do not like) but directs the money to states with only very vague performance strings attached. It repeals the individual and employer mandates, as well as the subsidies that help people buy insurance in the ACA market, and eliminates or waters down many consumer protections. That would leave it up to each state to set coverage and affordability standards and protections. The bill also changes traditional Medicaid by turning it into a per-capita cap, and spends a lot less on it over the coming years.

Conservatives say a state-based approach is better than a Washington one-size-fits-all strategy. Backers of the ACA say the Cassidy bill would lead to massive coverage loss, particularly for low-income people and those in poor health.

The Congressional Budget Office will not be able to complete a full assessment of the legislation before any Senate vote – meaning no estimates of how many people might lose coverage, or what premiums would cost. The CBO has projected that earlier GOP repeal bills would lead to millions fewer covered.

Here are a few quick reads to catch up:

Here’s a critique from the Center for Budget Policy and Priorities focusing on how the bill weakens pre-existing condition protections. There are several other critical pieces, including this overview, at www.cbpp.org.