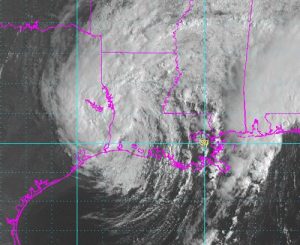 With clean-up efforts underway in the Houston area in the aftermath of devastation caused by Hurricane Harvey, those affected by the storm will have access to medical providers from all over the country via telehealth.

Satisfaction and acceptance of telehealth by Harvey survivors could drive further adoption of online health services. Harvey is a big test of telehealth reach that we’ve not seen before.

Evan Sweeney of Fierce Healthcare reported in his excellent article on this topic, “telehealth advocates say the aftermath of Harvey will underscore the benefits of mobile health technology during disaster response and could become a larger part of hospital and state disaster planning in the future.”

Several actions have converged to make this moment possible. First, in late May, Texas enacted a new law (SB 1107) that allows physicians in Texas to treat patients via telehealth without first having an in-person visit. Texas was the last state to end this face-to-face visit requirement.

Second, Texas Gov. Greg Abbott has temporarily suspended rules prohibiting physicians with out of state medical licenses from practicing in Texas. Sabriya Rice of the Dallas Morning News reported that the suspension would remain in effect until the disaster declaration for Harvey is lifted or it expires.

Third, the big players in telehealth announced that they would provide free telehealth services to all Harvey storm victims. American Well, Doctor on Demand and MDLive are offering free virtual visits by phone or video to those affected by the storm through at least this week. Additionally, on Friday, Nemours Children’s Health System of Florida announced that it would offer Texas storm families free access to pediatrics care via its telehealth system CareConnect. Nemours officials said the move was in response to the Texas governor’s rule suspension on out-of-state providers. Families can access the service on smartphone, tablet or laptop or desktop.

Many news outlets have reported on the huge role that social media platforms like Facebook and Twitter played during the rescue phase of Harvey. Even now, Facebook groups such as Operation Airdrop have been crucial for organizing delivery of relief supplies to those affected. Harvey showed that smartphone-enabled social media is a widely accepted form of communication today.

For many fleeing rising floodwaters, the one thing they grabbed during evacuation was their smartphone. Now those phones have the power to deliver needed medical care, especially for people with chronic conditions who require medication refills for prescription drugs lost to flooding. And in the months to come, telehealth could fill an expected surge in need for mental health services in Texas.

Journalists seeking to monitor the affect of telehealth on patients impacted by Harvey might want to look at two reports released Sept. 5 by the National Quality Forum. One report recommends ways to measure the quality of telehealth services (financial, patient experience, access and clinical effectiveness). Another report assesses the state of interoperability among providers – this could become important in the coming months as patients treated by telehealth providers return to their usual care providers.

Telehealth providers have built the infrastructure to help those affected by Harvey. Now the test will be how patients respond. Will they choose to access these services, and how will they rate their experience?