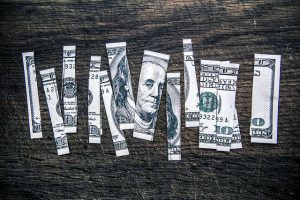 The Better Care Reconciliation Act (BCRA), the Senate Obamacare repeal-and-replace bill unveiled Thursday, would do little to promote better care via Medicaid, the federal-state partnership program that insures 75 million primarily low-income Americans that include children, the disabled and certain seniors, according to some insurers that specialize in Medicaid coverage.

That’s because for the first time in the history of Medicaid, the government would take steps to significantly limit what it pays the states to help care for these vulnerable populations, said John Baackes, chief executive of LA Care Health Plan.

The draft bill’s proposed federal cap would affect not only those states that expanded their Medicaid programs under the Affordable Care Act, but also would affect payments to non-expansion states, Baackes said in an interview, noting that benefits to children, mothers, the developmentally disabled and seniors living in nursing homes appear to be affected.

“It’s worse than I thought it was going to be,” Baackes said of the Senate version of the House bill. “We didn’t expect it to go further than the House bill but it did.”

Certain provisions affecting the individual insurance market are better in the senate version than in the house version, he noted, “but to me, the big story is how this bill would affect Medicaid.”

Baackes was among10 executives in health plans that primarily serve Medicaid members who signed a letter sent Tuesday to U.S. Senate Majority Leader Mitch McConnell (R-Tenn.) and Minority Leader Chuck Schumer (D-N.Y.). In the letter, the executives expressed concern about what they had heard about two days before McConnell unveiled his chamber’s version of the American Health Care Act, which passed by the House of Representatives in May.

The senate version makes deeper cuts than House members proposed in the AHCA, Baackes explained. “The House bill goes beyond repeal and replace of the ACA to go back to the foundation of the Medicaid legislation, which has been on the books for 52 years,” he said. Under the House and Senate versions, the federal government would leave it to the states to decide how to care for the poor, disabled, and elderly. “We’re going to cap what we spend, and good luck to the states,” he said.

What’s more, there is no mention in the Senate version of using actuarially sound insurance rate-setting procedures to establish what the states and the federal government would pay for Medicaid members, who are among the most costly of Americans to insure. Using actuarially sound rates has been a principle of the program since it was enacted in 1965, he said, yet, there is no mention of such rates in the bill.

Other executives to sign the letter to McConnell and Schumer were from AmeriaHealth Caritas, Blue Shield of California, CalOptima, CareSource, Gateway Health Plan, Healthfirst, Inland Empire Health Plan, Molina Healthcare, and UPMC for You.