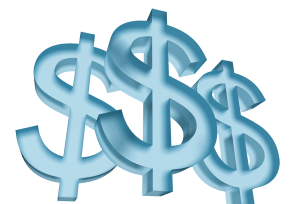 With so many higher profile programs at risk, reductions in spending for health IT initiatives can seem like small potatoes. But these cuts, if approved by Congress, would have consequences in communities large and small. A few examples:

The Federal Office of Rural Health Policy, which is under the Health Resources and Services Administration (HRSA), would see its telehealth budget reduced from $17 million in 2017 to $10 million in 2018. This is even less than what was in the 2013 budget ($13.9 million). The Office of the Advancement of Telehealth administers grant programs to advance telehealth to rural and urban areas. While grants for school-based telehealth would continue in 2018, two other programs would cease awarding grants. Affected would be the Evidence-Based Tele-Emergency Network Grant, which supports telehealth for emergency departments that lack specialists, and the Rural Child Poverty Telehealth Network Grant program, which supports telehealth for social and community groups working to end child poverty.

More than 1.5 million children in rural America live in poverty, and the Rural Child Poverty Telehealth Network provides funds to build telehealth services for these children. An article on the grant program ran in 2015 in the Topeka, Kan., Capitol-Journal.

You can find more on the proposed cuts and details about the office starting on page 275 of the HRSA section of the budget proposal.

The proposed budget would roll the Agency for Healthcare Research and Quality into the National Institutes of Health, rename it and cut its health IT budget by $21.5 million. For more on AHRQ and its relevance to local patients and providers, see my previous post.

Patient access to medical records and sharing of records among providers

The Office of the National Coordinator for Health IT – the beating heart of health IT advancement in the federal government – would see its budget slashed from $60 million to $38 million under the president’s proposed budget.

The ONC oversees many grants and programs that aim to move the health sector along the digital path. Interoperability and patient access to records are a critical focus of the office. Among the programs targeted for closure are: the Provider Adoption Support and Consumer eHealth activities, which support greater patient access to medical records, and assistance with provider adoption issues. Other ONC programs on the chopping block include the Office of Care Transformation, Office of the Chief Privacy Officer and the Office of Clinical Quality and Safety. The ONC’s website, healthit.gov, would move towards only limited support related to interoperability, rulemaking and minimal activities required by federal law. Details of proposed changes to the ONC are in its budget document.

Stakeholders reacted to the budget proposal with dismay, saying that the cuts would negatively affect patient safety and quality and reduce innovation in the health sector. The health IT requirements in the 21st Century Cures Act, passed by Congress last year, could be difficult to fulfill under these cuts, some said.

The Department of Veterans Affairs is one of the few departments that got a budget increase under the president’s proposal. The VA would receive a $6.4 billion bump over the current fiscal year for a total of $186.5 billion.

The VA will decide this summer whether to replace its homegrown VistA electronic health record system with another product. The VA will ask for additional funding if the department decides to switch to another EHR system, VA Secretary David Shulkin told the House Committee on Veterans Affairs this week.

The VA will expand an appointment scheduling pilot program as well, Shulkin said.

Included in the VA portfolio outlined in the budget proposal is funding for an online patient portal called My HealtheVet, self-scheduling of appointments with an online system, patient registries, direct secure messaging and electronic data interchange. Enterprise infrastructure development funding will be used to purchase cloud-based services and enhance cybersecurity and privacy tools, monitoring and staff, according to the proposal.

The VA has an ambitious agenda to modernize its systems to improve access, quality of care and the overall patient experience. It will be interesting to see whether the department can make good on these promises over the next year, regardless of the budget fights to come.