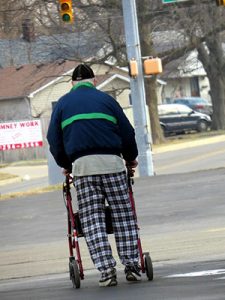 Hawaii tops the list of states with the highest well-being among adults over age 55 for the second consecutive year, according to new national research. West Virginia was ranked last, with its older residents reporting the lowest metrics for a sense of purpose and social, financial, community and physical health.

Gallup-Healthways interviewed more than 115,000 U.S. adults across all 50 states between Jan. 2, 2015 and March 31, 2016. The Well-Being Index is calculated on a scale of 0 to 100, with 100 the highest possible score. A difference of 1.0 point in the index score between any two states represents a statistically significant gap.

The report found that as a group, people age 55 and older reported greater well-being than adults ages 18-54, including better eating habits, significantly reduced money worries and greater pride in their community. New Hampshire’s older residents have the largest well-being advantage compared with others in the Granite state — their index score was 65.2 for ages 55-plus compared with 62.1 for residents overall. The difference boosted its state ranking from 21st for the overall population to the third-highest among older residents. North Dakota, Mississippi and Oregon also rated significantly higher in well-being among older residents compared with the general population.

For the poll, the metrics of well-being were defined as:

Health care costs are projected to increase as much as 6.5 percent in 2017, topping $4 trillion. More than half of these costs will come from preventable disease, including diabetes, cardiovascular conditions, and strokes, according to the U.S. Centers for Disease Control. Not surprisingly, greater well-being is linked to increased longevity. The goal is to get community and public health advocates to use the data from the Gallup poll to improve population health, reduce disease burden and lower health care costs.

Here are some questions for reporters to ask: