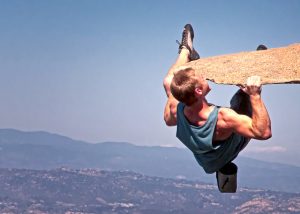 The “Young Invincibles” are back in the news.

The Obama administration expected – and needed – large numbers of younger and healthier people to sign up for coverage under the Affordable Care Act to have a sustainable risk pool. However, it hasn’t happened, at least not in the numbers needed.

In fact, of the roughly 27 million people who remain uninsured, despite all the coverage gains under the ACA, more than one in four are under age 30, and about 68 percent have low health risks, according to McKinsey & Co. data provided by the U.S. Department of Health and Human Services.

Kimberly Leonard, a health reporter at U.S. News & World Report and the co-chairperson of the Washington, D.C. chapter of AHCJ, has created a tip sheet to help you understand why this demographic has been reluctant to sign up. Plus the steps that the administration plans to change that for the 2017 enrollment season that begins Nov. 1.

Leonard looks at who comprises these “young invincibles,” where they can get covered (including staying on their parents’ plan until age 26) and why they often opt to remain uncovered. She also discusses the role of ACA mandate penalties; how Medicaid expansion affects this age group and what tech tools the administration and its allies plan to deploy.