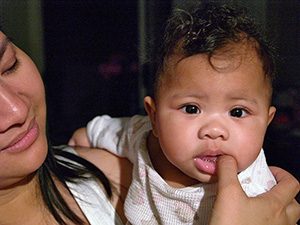 The U.S. Food and Drug Administration has launched an investigation to determine whether homeopathic teething products may have played a role in the deaths of 10 children over the past six years.

The agency is also reviewing reports of more than 400 adverse health events among children using the products, including a Sept. 9 case in which a child experienced a seizure. Parents and caregivers have been urged to stop using the products and have been told to seek immediate medical attention for children who experience seizures, breathing problems, lethargy, excessive sleepiness, muscle weakness, skin flushing, constipation, difficult urination or agitation after using homeopathic teething tablets and gels.

“At this time, the FDA is still conducting our investigation, and we have not yet completed the analyses of products to determine if there is an association between the adverse events and the homeopathic teething products,” noted FDA press officer Lyndsay Meyer in an Oct. 14 email.

Meyer stressed that adverse event reports do not by themselves provide conclusive evidence of problems with products. A preliminary review has indicated that reports of recent adverse events are similar to those observed in 2010 when the FDA warned consumers against using a popular brand of homeopathic teething remedies, Hyland’s Teething Tablets.

Testing by the FDA at that time determined that the tablets contained inconsistent amounts of the plant ingredient belladonna. Also known as deadly nightshade, the plant has been used for centuries as both a poison and a medicine.

“Hyland’s Teething Tablets are manufactured to contain a small amount of belladonna, a substance that can cause serious harm at larger doses. For such a product, it is important that the amount of belladonna be carefully controlled,” the FDA noted in 2010.

“Teething can be managed without prescription or over-the-counter remedies,” said Woodcock. “We recommend parents and caregivers do not give homeopathic teething tablets and gels to children and seek advice from their health care professionals for safe alternatives.”

Jen Christensen has been following the warnings for CNN. In an Oct. 13 story, she and colleague Jamie Gumbrecht reported that Hyland’s would stop distributing the products in the United States. In an Oct. 5 piece, alerting parents to the potential dangers, Christensen noted that a large chain has stopped selling a range of homeopathic teething remedies.

“CVS, one of the drug store chains that sells Hyland’s, Baby Orajel Naturals and its own version of the product, has pulled them from the shelves,” she reported.

Earlier this year, CNN’s Nadia Kounang looked at teething pain from another angle in a story, “No, Your Baby’s Fever Was Not Caused by Teething.”

The piece took off from a major analysis of the signs and symptoms of tooth eruption, published in February in Pediatrics. While teething can make babies uncomfortable, it won’t usually make them sick, concluded the authors of the study, who looked at teething research from eight countries.

Gum irritation, irritability and drooling are the most common symptoms of teething they found.

While a slight rise in body temperature is also common, a true fever (higher than 100.4) could indicate the presence of illness or infection requiring medical treatment, they noted. For normal teething pain, the simplest of interventions are the best experts say.

“Just comfort your child and get through it,” Dr. Paul Casamassimo, director of the American Academy of Pediatric Dentistry’s Pediatric Oral Health and Research and Policy Center told Kounang in her report for CNN.

A cold rag or teething toy could help with the discomfort, Casamassimo said.

“Infant pain relievers might also be an option, but Casamassimo urged parents to be careful. Regular use can lead to tooth decay, and acetaminophen is a leading cause of liver disease in children,” Kounang reported.

“’If you have to keep doing it day after day,’ it may be a concern,” Casamassimo said.