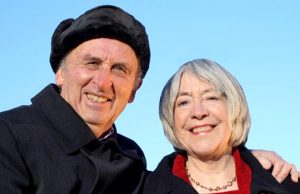 Today’s older population is mostly better off than prior generations when it comes to health and poverty, and they’re also living longer. But incidence of chronic conditions is up, and older adults today spend proportionally more of their income on health care.

These are some of the latest findings from the 2016 edition of Older Americans: Key Indicators of Well Being, from the Federal Interagency Forum on Aging-Related Statistics.  The report takes a close look at older adults in the United States as they live longer and face new economic, health care, and residential living challenges. Forty-one key indicators encompassing population, economics, health status, health risks and behaviors, health care, and environment are detailed. There also is a special feature this year on informal caregiving. The following are some highlights.

The Older Population Is Growing

The “oldest-old” population will increase rapidly, as more baby boomers reach age 85. The U.S. Census Bureau predicts that the 85-plus population could grow from 6 million in 2014 to 20 million by 2060.

Economic Gains For Some

Older Americans are generally in better economic shape now than they were four decades ago. In 1974, the proportion of older people with income below the poverty threshold was 15 percent; in 2014, it fell to 10 percent. Women were more likely than men to be poor.

Many Americans enjoy longer lives with some functional limitations. Twenty-two percent of the population age 65 and older report at least one limitation related to vision, hearing, mobility, communication, cognition or self-care.

People are living longer with chronic diseases. Between 1999 and 2014, the age-adjusted death rates for all causes of death among older adults dropped by 20 percent. Death rates from heart disease, cancer, chronic lower respiratory disease, diabetes, stroke and influenza and pneumonia declined. Instances of Alzheimer’s disease and unintentional injuries increased over the same period, however. Men under age 75 were more likely to have dementia than women, but after age 85, women were more likely to have the disease.

Management of multiple chronic conditions – which affects the majority of older adults – impacts frailty and disability. Men reported higher levels of heart disease, cancer, and diabetes than did women. Women had higher levels of asthma and arthritis.

Health care spending as a share of total expenditures, increased dramatically with age. In 2014, those 75 and older spent more than twice that of those age 45-54. (16 percent to 7 percent). Inflation-adjusted costs were substantially higher for those age 85 and over compared with the “young-old.” Outpatient hospital and physician services were the largest components of health care costs, accounting for 35 percent in 2012.

The cost of prescription drugs factors heavily into wellness. Average prescription drug costs for non-institutionalized older adults increased rapidly for many years but were relatively stable from 2005 to 2012. On average, seniors spent $3,201per person in 2012, but those with five or more chronic conditions spent $8,263.

This year’s report includes a special section addressing the issues and challenges of family caregiving. The report cites 2011 statistics of 18 million informal caregivers providing 1.3 billion monthly care hours. Newer figures from RAND tallies the cost at $43.5 billion/month for 2.5 million hours and AARP found that approximately 34.2 million Americans have provided unpaid care to an adult age 50 or older in the prior 12 months.

While many informal caregivers cite the positive aspects of their role, almost half said they’re overwhelmed and cannot handle certain aspects or don’t have enough time for themselves. Almost half of caregivers were adult children and about 21 percent were spouses. Women were more likely than men to provide medical and self-care. Men tended to assist with mobility.

The report is loaded with many more facts and figures, painting a vivid portrait of our increasingly older population.  If you want to explore the data further, downloadable Excel files are available for each main category.

Journalists: How does your state, city, or community compare to the national data?