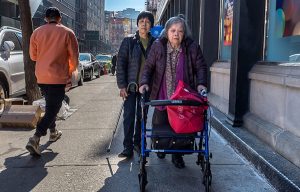 This legislation originally was part of President Lyndon Johnson’s “Great Society” initiative in 1965. It authorizes a wide array of services and programs provided through a national network of 56 state agencies on aging, 629 area agencies on aging, nearly 20,000 service providers, 244 tribal organizations, and two native Hawaiian organizations representing 400 tribes, according to the Administration on Aging. Importantly, many of the OAA’s provisions aim to allow seniors to age with dignity and independence.

The OAA requires periodic congressional reauthorization to ensure that vital community social services such as Meals on Wheels, continue. It was last reauthorized in 2006 and expired in 2011. Despite several attempts and calls for quick action, Congress failed to renew the legislation for nearly five years. Level funding did continue for basic services.

In the meantime, the Budget Control Act of 2011 imposed severe cuts to OAA programs, resulting in drastic reduction to nutrition and other vital services, according to the Committee to Preserve Social Security and Medicare. Some of that money was later restored to pre-sequestration levels for nutrition, but other OAA services were were not as fortunate.

The OAA finally was reauthorized with unanimous, bipartisan congressional support, and on April 19 was signed into law by the president. More funding and a stronger focus on elder abuse and home and community based supports is good news. However, as this Forbes article, “One Cheer for Congress Renewing the Older Americans Act” argues, the legislation still doesn’t go far enough.

This new AHCJ tip sheet details the latest provisions of the OAA.