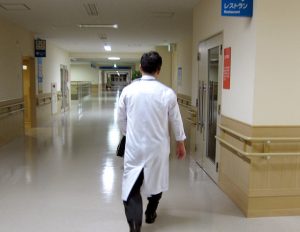 One premise behind the formation of accountable care organizations is that physicians and other health care providers would have financial incentives to deliver high quality care at lower costs. But research is indicating that the financial incentive may not be sufficient to foster improvements in care.

A study published in the July/August 2015 issue of the Annals of Family Medicine, noted that physicians both inside and outside of accountable care organizations (ACOs) have similar payment arrangements. They are paid a mix of salary, bonuses for productivity and a bonus equivalent to about 5 percent of total salary for delivering quality care and other factors, the researchers said.

“Incentives for ACOs may not be sufficiently strong to encourage practices to change physician compensation policies for better patient experience, improved population health, and lower per capita costs,” according to the study.

In other words, physicians don’t appear to receive enough additional financial gain to make it a powerful incentive to focus on improving quality of care. For journalists, this point is important because health insurers and health systems often claim that by establishing new payment arrangements, physicians and other providers will be paid more for quality and quality scores will rise. The question journalists can ask now is this: Are physicians and providers being paid enough for focusing on the quality of care that would make a difference in patient outcomes.

Improving quality is among the principal goals of ACOs, as Carolyn Y. Johnson pointed out in her story about the family medicine study for The Washington Post. “It’s one of the grand ideas that is supposed to revolutionize U.S. health care: reward doctors who keep patients well with fewer tests, procedures, and appointments,” she wrote, noting that a revolution in how doctors are paid isn’t really changing how doctors are paid. Physicians in ACOs had only two percentage points more of their income linked to quality factors than doctors in traditional practices.

Johnson quoted the lead author of the study, Andrew Ryan, a health economist and associate professor at the University of Michigan School of Public Health. “I think it points to a potential problem: that these incentives aren’t getting translated to individual physicians,” Ryan told her. “So we’re expecting big things from them? I think it’s unreasonable to think that a two percentage point difference is really going to move the needle.”

In addition to Ryan, Johnson interviewed Mark Friedberg, MD, a scientist at RAND who has extensively studied physician compensation. Friedberg told Johnson that the work of Ryan and colleagues in the Annals of Family Medicine confirms the findings of other researchers. Essentially, “very few organizations are directly passing on financial incentives to physicians,” Friedberg told Johnson.

Few organizations pass on financial incentives to physicians and other providers because measuring health care quality is challenging. Patients need different levels of care from one year to the next, creating what Friedberg called statistical noise. “You’re going to be penalizing and rewarding physicians almost entirely due to noise,” Friedberg told Johnson.

In an article on the same study for Physicians Practice, Gabriel Perna got a terrific quote from Ryan that succinctly summed up the research findings. “Quality-based care gets a lot of attention in the policy world, but fundamentally, quality is just not that important to the way providers are paid,” Ryan said to Perna. “It’s just not. As a result, practices try to do the best they can to improve quality but they are not fundamentally focused around creating structures, processes and incentives to maximize quality.”

We also know from data on the Physician Quality Reporting System (PQRS) that only about 40 percent of physicians participated in the PQRS program, according to the most recent report on the program from the federal Centers for Medicare & Medicaid Services, which runs the system.

Almost 40 percent of physicians and other health care providers who see Medicare patients lost 1.5 percent of their Medicare pay last year because they didn’t participate in the PQRS program, Melinda Beck reported in The Wall Street Journal.

In a 2013 survey of 1,000 physician groups by the Medical Group Management Association, 83 percent of respondents found the three programs (PQRS, meaningful use and value-based payment) detracted from their ability to care for patients. “Doctor groups say the programs are confusing and time-consuming while offering little clinical benefit,” Beck wrote.