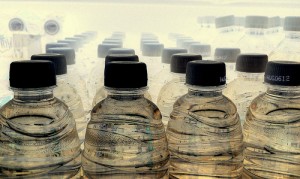 In Flint, Mich., responding to the city’s ongoing water contamination crisis is showing the health divide in sharp relief – not just in health impacts, but also economic ones.

Despite the recent decision to finally move the working-class suburb’s water supply back to Detroit’s system, residents will be unable to drink that tap water safely until corrosion-control chemicals re-coat the inside of damaged pipes, which will help prevent lead from leaching into the water. In congressional testimony this month, officials noted that spending $100 a month on an additive to the water, which wasn’t done, would have helped protect the water supply and residents.

In the meantime, it’s bottled water or filters, which authorities have been distributing. Celebrities and others have donated hundreds of thousands of bottles of water. Schools also are grappling with it. It’s not clear how long city residents will have to avoid their taps. Some residents have said they do not trust even the filtered water. Adding to the water woes: A recent water main break prompted concerns about bacteria and lead to an advisory to boil filtered tap water.

The costs of water to drink, bath and cook are accumulating. In Congress, some Democratic lawmakers are pushing for $600 million for the city, in part to pay for health care treatment for people who may have ingested lead from the water.

Water utility customers want a refund, arguing they should not have to pay for water over the past two years that was harmful. The state’s governor is seeking to reimburse city water customers, asking state legislators to approve $30 million related to this, the Detroit Free Press reported.

Then there’s the cost of replacing the city’s lead pipes altogether – not a small or inexpensive challenge. Flint’s mayor on Feb. 9 announced a $55 million plan to do just that. Congressional Democrats also included funds for that project in their proposed bill.

This is not to minimize the health effects of ingested lead. It’s a known toxin that can cause severe brain damage. But it is clear that the economic effects, too, are likely to linger.

Have you found any particularly good resources on water quality? Email me at determinants@healthjournalism.org.

How the Flint water crisis has further exposed health disparities

Facts vs. opinions: Beware of false balance in your reporting