What comes to mind when you think about a substance abuser? Is it this? 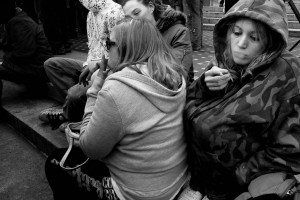 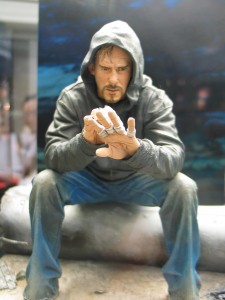 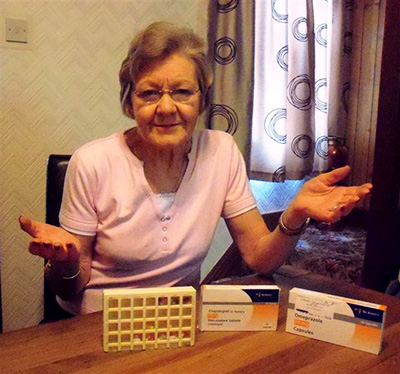 We’ve reported previously on older adults and the abuse of opioids but, as this recent story by Peter Hirschfeld of Vermont Public Radio highlights, the problems of drug and alcohol abuse among older adults isn’t going away. It’s actually getting worse.

One of the greatest challenges is a lack of age-specific treatment programs, Hirschfeld reports. That may be because substance abuse among elders is not getting the attention it deserves, according to experts featured in his piece.

It’s not just happening in Vermont. According to the Hazelden Betty Ford Foundation in Center City, Minn., about 17 percent of the 60 and older population in the United States are substance abusers (including prescription drugs). By 2020, that number is expected to double. The rate of illicit drug abuse in adults over age 50 more than doubled between 2002 and 2013, according to this article from PsychCentral. This touching story by the late Pamela Yip, about the struggle with alcohol and substance abuse by some seniors, helps put a human face on the issue.

According to the Substance Abuse and Mental Health Services Administration (SAMHSA):

Combining alcohol and medications can have serious adverse health risks for older adults. As people age, their bodies work more slowly to clear medications and alcohol. Alcohol can cause adverse reactions to many prescription and over-the-counter medications. SAMHSA partnered with the Administration on Aging (AOA) to develop this issue brief on prescription medication abuse and misuse among older adults.

For journalists looking to cover stories on substance abuse among older adults in their state or city, SAMHSA provides a wealth of information and ideas, including downloadable population data and reports specific to the metro level. Mental health, emergency department and substance abuse facility data also is available for download. Reports and statistics specific to older adults and substance abuse are available back to 2006; it’s a great opportunity to analyze this growing crisis through a longer lens.

The problem is getting so bad that some in Congress want an intervention. Sen. Sherrod Brown, D-Ohio, in August introduced S.1913, the Stopping Medication Abuse and Protecting Seniors Act of 2015. The aim is to prevent prescription drug abuse among Medicare recipients and, according to a statement from his office, “encourage insurers, Part D plan sponsors, and health care professionals to assist beneficiaries battling addiction in seeking substance abuse treatment.”

If enacted, seniors who receive Medicare and have a history of opioid abuse would be restricted to one pharmacy and one doctor in order to help them recover from addiction. Brown said such a Medicare “lock-in” program would help an estimated 170,000 Medicare beneficiaries who are battling opioid addiction to receive the help they need while saving taxpayer dollars. The bill is awaiting action by the Senate Finance Committee, of which Brown is a member.

Reporters may want to contact senators in their state to find out whether they support this proposed legislation and ask about the scope of their state’s addiction problem among older adults.

UPDATE: A report released November 16 by the Johns Hopkins School of Public Health charges that the U.S. is in the midst of a “prescription opioid epidemic” and recommends mandatory prescription monitoring programs, changes in medical student training and better methods to identify and treat those with addiction problems. The Prescription Opioid Epidemic: An Evidence-Based Approach said opioid addiction kills an average of 44 people each day. The report was written by a group of experts in medicine, pharmacy, injury prevention and the law.