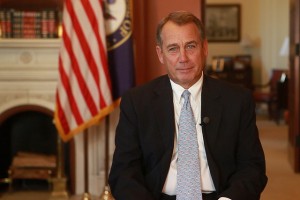 There’s a lot of speculation about what outgoing House Speaker John Boehner may or may not accomplish in his last weeks in office.

Ending the acrimony about the Affordable Care Act is not one of them.

Not only is the House now rapidly moving ahead with another attempt to gut key sections of the law through a budget tool known as reconciliation (which President Obama would veto), Boehner has another ACA legacy. He was pivotal in filing the House of Representatives lawsuit charging that President Obama and his administration overstepped their authority in implementing the health law.

One part of the suit – a challenge to the administration’s unilateral delays of the employer mandate – was thrown out of court by U.S. District Court Judge Rosemary Collyer.

But Collyer did rule that the House has standing to pursue the other piece of it case: its assertion that the administration acted unconstitutionally when it spent money on cost-sharing subsidies without a specific congressional appropriation. The administration contends that authority to spend the money was contained within the health law itself approved by Congress, and a separate appropriation is not required.

Collyer didn’t rule on the merits. That will come later. But she did allow the case to proceed – and that may have an impact both on the health law and raise larger questions about separation of powers. A ruling in favor of the House won’t dismantle the whole law, but it will make health care more expensive or unaffordable for many of the people who are being covered, damaging how well the law works and undermining its goals.

The cost-sharing subsidies – which are separate from the premium subsidies – help people up to 250 percent of poverty get extra help paying for deductibles, coinsurance, and copayments.

Boehner personally announced the ruling to the House GOP a few days before his own surprise retirement announcement.

“The president’s unilateral change to Obamacare was unprecedented and outside the powers granted to his office under our constitution,” he said in a statement. “I am grateful to the court for ruling that this historic overreach can be challenged by the coequal branch of government with the sole power to create or change the law.”