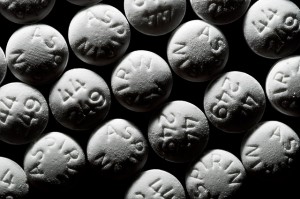 Fred Schulte of the Center for Public Integrity took a look at the Patient-Centered Outcomes Research Institute (PCORI). Created by the Affordable Care Act, it’s supposed to spend $3.5 billion by the end of the decade to fund research to figure out what medical treatments work, or don’t work. That would be useful information as we try to figure out how to tame the nation’s $3 trillion health care bill. [Note: PCORI helps fund some of AHCJ’s health journalism training programs. See more at the bottom of this post.]

But is PCORI working?

Money has thus far gone to researchers and medical schools, advocacy groups and even the insurance industry’s lobbying group, which snagged $500,000.

Institute officials say they are reshaping medical research by stressing “patient centered” projects that offer practical guidance to people living with chronic diseases. They cite a $14 million study to settle the debate over how much aspirin people should take daily to help ward off heart disease, or the $30 million project to reduce serious, even deadly, injuries from falls in the elderly.

Both the aspirin dose and the falls are more complicated health care questions than they appear at first glance. But is it what Congress wanted when it created the agency and funded it under the ACA?

Both sides of the ideological spectrum have their doubts, he reports.

Conservatives want to cut its funding, “fearing it will lead to rationing of medical care by interfering with medical decision-making.”

Liberals would like to see more head-to-head comparative effectiveness research on expensive drugs and devices. “If it doesn’t prove its worth soon there will be increasing calls for getting rid of it, or reducing its funding,” Topher Spiro, vice president for health policy at the liberal Center for American Progress, is quoted as saying. “That concerns us.”

PCORI sees itself as a “comparative effectiveness”’ agency but not a “cost-effectiveness” research engine. The politics around its creation in 2009-10 were so fraught that the Affordable Care Act stated that PCORI’s findings are “not to be construed as mandates for practice guidelines, coverage recommendations, payment, or policy recommendations.”

That doesn’t mean that private payers or health care systems can’t use the information – and they well might as they move toward value-based purchasing. But nobody is obliged to do anything because PCORI says so.

Schulte looked at the grants so far and found that PCORI has spent only about “28 percent of its contracting budget on projects that assess how best to prevent, diagnose or treat diseases.” And it spent more than $70 million on “projects intended to improve methods for conducting research, or to pay for contracts that are essentially public relations gestures to build support and good will in the medical community.” He also calls oversight of the organization “minimal.”

Findlay agrees that PCORI does deserve scrutiny. It’s more or less quasi-governmental even though it’s technically an independent nonprofit. It is funded by the Medicare trust fund, general U.S. funds, and a $2.08 per covered person tax on private insurers and self-funded insurance plans

But Findlay argues that critics need to give PCORI more time.

“As someone who labored in the fields of comparative effectiveness for several years, I think PCORI deserves time to get fully underway and prove itself. It certainly doesn’t need ideologically driven attacks and budget threats just because it was launched by the ACA,” he writes.

He notes that Schulte raised several legitimate concerns. PCORI, Findlay agrees, has been excessively bureaucratic and too cautious, “lumbering along too slowly as federal agencies sometimes do, with little apparent sense of urgency even as suboptimal care and excessive costs pose huge long-term problems for the federal budget, businesses, and families.” It got bogged down on methodology and processes – without figuring out how to communicate to many in the medical community, let alone patients and families. And it has bent over backward to avoid the slightest taint of “cost effectiveness.”

“That may indeed seem like a wise policy with the House and Senate now in Republican hands,” Findlay writes. “But avoiding the issue of cost altogether is illogical, short-sighted and makes no policy sense. It never did.”

Findlay also finds some things that PCORI is getting right – or is close to getting right. “PCORI is on the leading edge of the health data revolution. It has committed substantial funding to create broad information networks wherein the sharing of data can drive improvements in care.” That includes both clinical research networks and Patient-Powered Research Networks (PPRNs). It also has welcomed involvement of patient advocates.

He praises some of the research that PCORI has done or is undertaking as useful and patient-centered. That includes a study that showed blood thinners helped stroke survivors, work on more personalized breast cancer screening recommendations; on management of low back pain and whether antibiotics can do actually be better than surgery for appendicitis.

He writes: “Despite the slow ramp up and perhaps excessive expense, PCORI does have the potential to accelerate the diffusion of research results and innovations. Uniquely, it’s asking tough questions about why it takes so long for doctors to change their behavior and practices when research clearly indicates a change is needed.”

Tip for reporters: If you want to look at what kind of research PCORI is funding in your state – or an area of health care that you are interested in, say mental health or cancer – you can find it here.