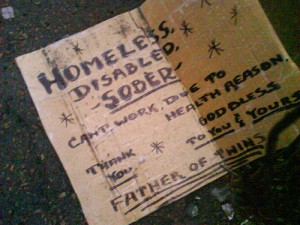 Is housing a prescription for better health for the poor? And, if so, who pays for it?

That was the question before a several experts this month at briefing on Capitol Hill. Hosted by the Alliance for Health Reform, a nonpartisan health policy group, the panel examined the role of Medicaid and housing, and how the joint federal-state program also could be used to provide more stable housing with the goal of boosting health.

Gretchen Hammer, Medicaid director at the Colorado Department of Health Care Policy and Financing, said her state has expanded Medicaid under the Affordable Care Act and takes a holistic view of health care. That means also considering infrastructure and other services.

Addressing extreme housing situations, such as homelessness, ultimately saves money given that people with unstable housing often are very ill, said Hammer, who also is director of the department’s Health Program Office.

“We have an opportunity to not only potentially save resources … but also helps people feel better and have a better existence as they move through the world,” she said.

Barbara DiPietro of the National Health Care for the Homeless Council said her group has spent years combing through peer reviewed data, and studies that show housing is an effective bridge to better health in vulnerable populations.

“Consistently what we find is (that) housing improves health, it improves health outcomes and it really lowers the total cost of health care,” said DiPietro, senior director of policy for the advocacy group.

She noted that every state is working on strategies to end homelessness and to improve health, often with partnerships between the federal, state and local levels. But she pointed to a lack of federal dollars and mandatory budget cuts under Congress’ sequestration policies.

The health implications of safe and stable housing can seem obvious – sanitation, safety, shelter are all key issues – but when it comes to the poor and others who rely on Medicaid for their health care coverage, health and housing face a disconnect. (See AHCJ’s tip sheet on covering housing and health for background.)

Jennifer Ho, a senior adviser for housing and services at the U.S. Department of Housing and Urban Development, said the housing agency was paying for wraparound services that Medicaid could take over. The issue over payment comes because while Medicaid is a means-tested benefit, housing is not. That means that once someone meets the program’s criteria (in this case a lack of assets) they get coverage. But people who also need assistance for a place to live first meet the criteria, then wait in line, Ho said.

When it comes to integrated housing options, especially for those with disabilities, “there is not a consensus that this is an investment the federal government should be making each year,” she said.

Many localities have taken steps to address homelessness among military veterans, and the Obama Administration in 2009 pledged to end veteran homelessness by the end of 2015. But when it comes to other populations, it seems policy makers still struggle with solutions and grapple over funding and responsibility. (This 2014 Washington Post piece is a good read on the issue.)

The number of homeless veterans has fallen by one-third between 2010 and 2014, said Ho, “and we are on a path to effectively end veterans’ homelessness.”

“Imagine if we could get an investment in support of housing aligned with Medicaid to repeat this for individuals with disabilities who have lived on our streets and in our shelters for years,” she said.