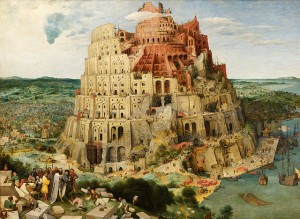 Quality measures are good, right? We all want our doctors and hospitals to follow best practices and be held to them.

It’s not so simple.

Put aside for the moment whether the measure is accurate – we don’t always know or agree on what the best thing is in health care (Exhibit A: mammograms).

I first came to appreciate this a few months ago when I was doing some preparatory conference calls before moderating a panel with hospital and health system executives. They came from a variety of organizations – big, small, urban and rural. But all had some kind of accountable care organization or ACO-like value-over-volume arrangement. All were serious about trying to navigate a changing health care landscape. All took part in Medicare and Medicare Advantage and Medicaid (most had Medicaid managed plans). And, of course, they dealt with multiple private insurers in both employer-sponsored health care and the individual market, in and out of the exchanges.

The people I interviewed started talking about how each of these payers had their own quality measures – some overlapping and some mutually exclusive.  I’m not talking about 10 or 20 or 30 measures. They were dealing with 100, 110, 140 or more. They could not possibly meet those standards – or even measure and report their performance in so many sliced and diced ways. I remember wondering – but not getting a clear answer at the time – about how much money and work hours are being spent quantifying quality when the goal was, in part, to use quality to guide us toward a more efficient health care system.

Later, my colleague Erin Mershon of Politico looked into this. Her very good story is behind a paywall so I can’t link to it, but I can quote and describe what she found. It’s real easy for you to do similar stories in your community.

Mershon spoke to Ochsner Health System in Louisiana. They report on 213 – that’s not a typo – different quality measures “some redundant, some just to check a box, and some that are so specific they serve a limited purpose.” For instance, one contract required them report on mammograms for women aged 40 to 75, another on ages 30 to 80. Now, keep in mind that the U.S. Preventive Services Task Force’s latest draft recommendations are for mammograms every other year for women 50 to 74, with a more equivocal “talk to your doctor about whether it’s right for you” for women in their 40s. The American Congress of Obstetricians and Gynecologists recommends annual screening starting at age 40. That’s controversial and confusing enough for both patients and physicians – but neither group recommends routine mammograms for women in their 30s.

So you’d think there would be a public-private sector push to streamline the requirements. You’d be right – sort of. CMS is working with private sector partners on that but it’s also proposing new measures. That’s in part because it is preparing to develop a new Medicare payment system for physicians based on quality, which will replace the old Sustainable Growth Rate formula.

The reporting requirements are only going to get worse before they can get better. Just this month (July), CMS proposed dozens of additional quality measures for physicians addressing everything from HIV testing to outcomes for stroke patients. Other regulations are adding new measures for home health agencies and other providers. Even more are coming, as the agency starts to implement Medicare’s new quality-focused physician payment system authorized in permanent “doc fix” legislation this April.

The Commonwealth Foundation’s David Blumenthal called it an “excess of good intention … and pretty soon it became a Tower of Babel.”

“(It’s) the Goldilocks criteria,” said Ann Greiner, vice president for external affairs at the National Quality Forum, which vets many of the quality measures used by CMS and private insurers. “It’s both too hot and it’s too cold, and we’re trying to get it just about right.”

A representative at one of the health systems I spoke with said that some providers end up selecting which quality measures to prioritize and which to basically ignore (since they can’t possibly do all of them), based more on which made more practical and financial sense, not necessarily which jived with their own sense of what was really the best care.

This is an underreported story and should be easy to localize. We reporters look a lot at just a few of the big measurements, such as hospital readmission rates. But I haven’t seen a lot of reporting into the quality measurement morass. It should be something that providers and plans are willing to talk about. Judging from the conversations I’ve had, and Mershon’s reporting, the situation may be solving some old problems but potentially creating a whole bunch of new ones.