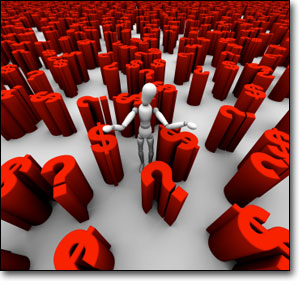 White papers can be useful tools for journalists. Ideally, they provide authoritative, in-depth information from government or nonprofits about specific policy, diseases, programs, or issues. However, they can also be powerful marketing tools, used by corporations to position a specific product or service as the “solution” to whatever the “problem” is.

Then there is the white paper released by a nonprofit, but developed with corporate financial support.

The Alliance for Aging Research, an advocacy group which supports more funding for scientific research into aging issues, last month issued a press release about its new white paper on vaccination underutilization among older adults. It was filled with statistics on flu, pneumonia and shingles, including this one: “the death rate from pneumonia and influenza combined is close to 130 times higher in people ages 85 and older as compared to people ages 45 to 54.” That certainly got my attention.

The paper was written by Richard Manning, Ph.D., a partner at Bates White Economic Consulting LLC. According to its website, the company is an economic consulting firm offering services to law firms, Fortune 500 companies, and government agencies.  It turns out that prior to joining this firm, Manning was an executive director at Merck & Co. In addition, the white paper was created with support from Merck and GlaxoSmithKline PLC, whose logos were prominently placed on the report. Not unexpectedly, it recommends an extensive, multi-level effort by government, pharmacies and physicians to increase vaccination rates.

There’s no doubt that preventive care for older adults is a good idea. What does cause skepticism, however, is the source.

When two pharmaceutical giants with direct financial interest in a research report’s recommendations support the development of the report, which is then released under the auspices of a nonprofit, alarm bells should sound. The Alliance for Aging Research’s board of directors includes representatives from GlaxoSmithKline, Pfizer Inc., Novartis AG and other pharma giants. The urging of a widespread vaccination campaign then requires that reporters point out a potential conflict of interest.

It’s very easy to grab some powerful statistics (which of course should be fact-checked with the CDC or another reliable source).  It’s quite possible the report is right on target – and health professionals do need to improve efforts to vaccinate older adults for these diseases. Unfortunately, it would be very easy for some reporters to simply excerpt portions of this white paper and run with the story as presented, shrugging off a clear inherent bias.

Reporting information from any organization, or quoting any report or study without considering the funding or support, can easily turn a reporter into a public relations person. To the Alliance’s credit, they were open and clear about the report’s funding source. That is not always the case.

In the rush to make the next deadline in a 24/7 news cycle, reporters sometimes skip some basic Journalism 101. Check and verify the source of the report:

There is still a story in the Alliance’s white paper. It’s quite possible to use some of the information in the research report. Independent verification and clearly pointing out the funding source and bias better serves the audience and journalism as a whole.