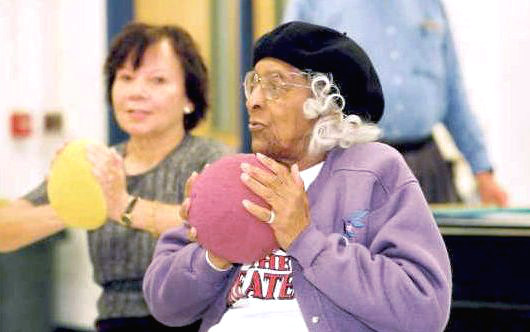 Want to stay healthy as you age? Move to Minnesota. Or perhaps Hawaii. These states rank number one and two in a new report on the health status of women. Minnesota was tops in the nation with an “A-“ on a composite index of women’s health and well-being, according to research compiled by the Institute for Women’s Policy Research.

The North Star State has the lowest female mortality rate from heart disease and ranks in or near the top ten almost all of the other nine component nine indicators covering chronic disease, sexual health, mental and physical health.

States in the South have the lowest composite scores on women’s health status. Alabama, Arkansas, Kentucky, Louisiana, Mississippi, South Carolina, Tennessee, and West Virginia were rated most poorly, with grades of “F” or “D-.”

Mississippi was number 51 out of all places in the nation for women’s health. It was ranked worst for mortality from heart disease, and had the second to worst ranking on the percentage of women with diabetes. The state also ranks in the bottom ten for mortality from breast cancer, the average number of days per month on which health status limited women’s activities, incidence of AIDS and chlamydia, and poor mental health. The District of Columbia and Oklahoma are also in the bottom ten.

While multiple factors shape women’s health, environment, socio-economic status, and access to affordable health care strongly influence healthy aging. (See this tip sheet from Eileen Beal on other factors that influence healthy aging). Older women are also more likely to have at least one chronic condition and limits on activities of daily living. According to the American Heart Association, heart disease is the leading killer of older women, as it is for women of all ages.

Other findings from the report include:

Check out this interactive map to find out how your state performs on any or all of the nine health indicators for women.

Here are some ideas for stories: