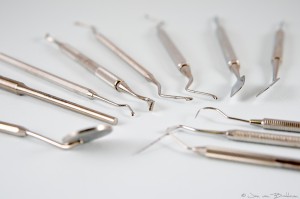 Dental therapists are already providing care to patients in underserved communities in Minnesota and in remote Alaskan tribal areas.

Maine legislators approved legislation clearing the way for the technically trained auxiliaries to go to work in that state last spring.

A similar push has been underway in New Mexico in recent years. Now a state legislator has filed a bill for consideration in the session that begins this month that would establish a licensing and practicing framework for the midlevel oral health providers in that state writes Rosalie Rayburn in a Nov. 19 story for the Albuquerque Journal.

As proposed in the bill, therapists would function like “physicians’ assistants for dentists” working under a supervision agreement with dentists that would allow them to provide services from satellite offices, Rayburn reports. They would be trained to perform procedures including dental fillings, basic extractions and denture adjustments, according to Health Action New Mexico, which supports the effort.

According to Blackwell, Santa Fe Community College and Southwestern Indian Polytechnic Institute hope to institute programs to train dental therapists to work in the state.

But efforts to promote the dental therapist model as an answer to the dearth of care in poor and isolated places have been fiercely opposed by many dentists. The American Dental Association argues that the existing dental workforce would meet current needs if Medicaid reimbursement rates were raised and that no one except dentists should be allowed to perform procedures such as drilling, filling and extracting teeth.

The same points are being made by a leading dentist in New Mexico, Rayburn writes in her story.

“Robert Gherardi, an Albuquerque dentist and former president of the New Mexico Dental Association, believes dental therapists are not the solution. In a letter published last month in the Journal, Gherardi said the problem is not a lack of dentists, but a “distribution problem” that forces patients to drive many miles to get care.

“He also said that if Medicaid reimbursements were better, “dentists and dental hygienists would be moving to underserved areas on their own,” Gherardi said.

“Gherardi said the amount of training proposed for therapists was questionable in terms of care quality. He called therapists “technicians being allowed to do surgical procedures in patients’ mouths.”

See a Q&A with Rayburn about how she went about reporting on midlevel dental providers and some advice for reporters.