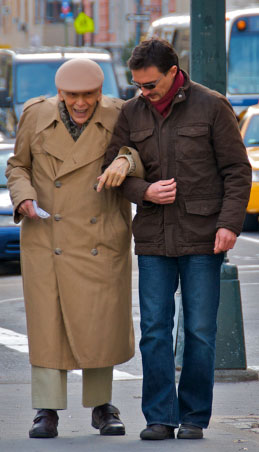 The Alzheimer’s Association just released its latest report, “2014 Alzheimer’s disease facts and figures.” This special supplement in Alzheimer’s Disease and Dementia paints a stark picture about what lies ahead for many older adults. More than 5 million people in the U.S. have Alzheimer’s and related dementia; 200,000 are suffering from early onset (under age 65). However, the vast majority are senior citizens. One in nine people aged 65 years and older has Alzheimer’s, about 11 percent of the population. By 2050, it’s estimated there will be nearly one million new cases diagnosed annually.

Between 2000 and 2010, the proportion of deaths from Alzheimer’s increased by 68 percent. This is two to three times greater than deaths from heart disease (16 percent) or stroke (23 percent) during the same period. Alzheimer’s is the fifth leading cause of death among adults over age 65. The report projects that in 2014, nearly three-quarters of a million older adults (700,000) will die with the disease or from its complications. It’s also an expensive disease – total payments this year for health, long term, and hospice care are estimated to hit $214 billion.

Other highlights of the report include:

This report devotes an entire section to women and Alzheimer’s, highlighting the Association’s recent findings on gender-specific prevalence, incidence, and caregiver burden. They concluded that women face a heavier burden than men – especially as caregiving responsibilities go on over time, and that women are less likely than men to receive additional family or social service support. This in turn, creates greater long term emotional and physical stress and more lost employment opportunities.