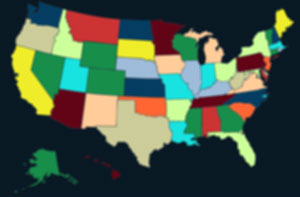 We’ve had some discussion on AHCJ’s electronic discussion list and I’ve gotten some emails about why insurance rates or premiums vary regionally. Also, people wondered what happens to someone if they enroll in one of the ACA insurance exchanges and later move to another part of the country.

Let’s start with the second question, which is simpler. Yes, if you move, you can get a new health plan on the exchange. You’d get a special enrollment period, which is also what happens if you change jobs (in a way that affects coverage), have a child, get married, etc.

The regional variations are more complicated. It’s not as simple as labor costs in New York being higher than those in Arkansas.

Competition is a big factor. The highest prices aren’t necessarily in a big city. Some of the highest rates are in rural areas with few health care providers and scant competition to drive prices down.

Narrow networks, where there are fewer doctors and hospitals, or at least fewer name-brand hospitals, are also a factor. Not all consumers want these – although some are willing to make that tradeoff to save money.

There also may be fewer insurers offering coverage in the exchanges in some areas. Even where competition is minimal, the medical loss ratio in the Affordable Care Act limits how much profit an insurer can make or at least limits how much of the premium people pay can be used for nonmedical purposes – including profit. They have to rebate the money if they don’t meet MLR.

Local health care history and how it has affected incentives and efficiency is a factor. For instance, Minnesota, which has some of the lowest premiums, has been working on delivery system, integrated care and managed care for years.

Also, regional oddities – such as a mountainous section of Colorado that has to medevac people by helicopter – can play a role in why one section of a state pays more than others.

It could be interesting to explore the differences in your own state. How much is related to the underlying health of the population (older, sicker, tobacco use)? How much is related to provider scarcity and/or monopolization? How much has to do with the lack of competition among insurers? Is the state discussing how to equalize the gaps as it plans for 2015?