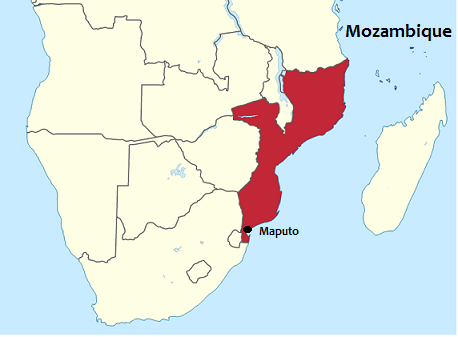 The decision to limit health resources had an especially profound effect in remote areas of Mozambique. Levey reported from Chokwe, a rural town about 100 miles north of the coastal capital of Maputo, and described  a newborn baby boy who stopped breathing shortly after his birth, just before sunset.

Nurses were able to revive him with a ventilator and a suction machine. But if he had been born only two hours later, he would have died – limited resources mean the ward is staffed only until 7 p.m.

END_OF_DOCUMENT_TOKEN_TO_BE_REPLACED

Members of the Atlanta chapter of AHCJ heard a fascinating talk about the CDC’s global reach from Ron Ballard, associate director for laboratory science for the agency’s Center for Global Health.

Ballard, who has traveled extensively in coordinating international lab activities for the CDC, told about 20 journalists at a Sept. 10 meeting that the agency is working in dozens of  countries on activities ranging from disease detection and immunizations to programs fighting HIV/AIDS. END_OF_DOCUMENT_TOKEN_TO_BE_REPLACED

View all posts by Katherine Kam →

Multiple drug-resistant tuberculosis and counterfeit or contaminated drugs have been major problems in countries abroad, but we are now hearing about such problems closer to home. And the issue isn’t limited to infectious diseases or drugs.

“People here are very concerned about the air pollution from Beijing because of the concept of shared air,” said Salmaan Keshavjee, M.D., Ph.D., Sc.M., an associate professor at Harvard Medical School who is an expert in infectious diseases.

Global health can be a hard sell for local audiences, but journalists can find ways to make it relevant, according to Keshavjee and Muhammad Zaman, Ph.D., an associate professor of biomedical engineering at Boston University. Both spoke on Friday at Health Journalism 2013 in a session called “How to relate global health to your local audience.”

Diseases can cross borders in an age of easy global travel. American tourists go on vacation in places such as Romania and Belarus – where multi-drug resistant tuberculosis is a growing problem. END_OF_DOCUMENT_TOKEN_TO_BE_REPLACED

In The Center for Public Integrity’s iWatch News, Sasha Chavkin and Ronnie Greene write that, “Little noticed by the rest of the world, chronic kidney disease (CKD) is cutting a swath through one of the world’s poorest populations, along a stretch of Central America’s Pacific Coast that spans six countries and nearly 700 miles. Its victims are manual laborers, mostly sugarcane workers.”

Each year from 2005 to 2009, kidney failure killed more than 2,800 men in Central America, according to the International Consortium of Investigative Journalists‘ analysis of the latest World Health Organization data. In El Salvador and Nicaragua alone over the last two decades, the number of men dying from kidney disease has risen fivefold. Now more men are dying from the ailment than from HIV/AIDS, diabetes and leukemia combined.

Unlike in more developed nations, neither diabetes nor hypertension can be blamed for the widespread kidney ailments. Instead, the duo found, scientists suspect possible environmental toxins and strenuous labor conditions, both linked to the cane fields, as well as alcohol abuse and anti-inflammatory drug use. At present, researchers seem to be focusing on heat stress as the most likely culprit, and plantation owners seem to concur

Internal studies by Nicaragua Sugar, owners of one of Central America’s largest sugar plantations, provided by the company to ICIJ, show that the company has long had evidence of an epidemic tied to heat stress and dehydration. In 2001, company doctor Felix Zelaya conducted an internal study on the causes of CKD among its workers. “Strenuous labor with exposure to high environmental temperatures without an adequate hydration program predisposes workers to heat stress syndrome [heat stroke], which is an important factor in the development of CKD,” Zelaya concluded.

Nicaragua Sugar and other companies say they have acted voluntarily to protect workers by improving hydration, reducing work hours, and strengthening oversight of labor contractors.

Chavkin and Greene dig deep into the economic and political factors underlying the global response to the epidemic, as well as the day-to-day impact it all has on workers’ lives. For more, read their full investigation.

Jaclyn Schiff, writing for the UN Dispatch, makes the case that journalists should look to Houston as the emerging hub of the global health universe, predicting that it may even supplant hotspots like Washington, D.C. and Seattle.

The foundation for Houston’s emergence, she writes, will be built on its already powerful medical community, built on Baylor College of Medicine, the mammoth Texas Medical Center and the MD Anderson Cancer Center, all of which are stepping up their global health efforts.

Beyond that pedigree, the particular catalyst for her story is Dr. Peter Hotez’ move from D.C. to work with Baylor and the Texas Children’s Hospital. Hotez is a bit of a global health rock star (Wikipedia bio), known for his work with vaccines and tropical diseases, and he’s bringing his work to Houston with him.

Part of his nonprofit organization, the Sabin Vaccine Institute, is also moving down to Houston, which Hotez calls a “gateway to Latin America.” Hotez will also be the founding dean of the first U.S.-based school of tropical medicine. Its exclusive mandate and Hotez’s track record of achievement are likely to attract some of the brightest physicians with an interest in global health, which is huge for creating a bustling global health community.

Schiff finishes with another prediction, writing that “the Houston Chronicle hasn’t traditionally been a major source of global health news, but I’d start paying closer attention. There’s too much going on for there not to be a story.” For the record, reporters interested in adding the Chronicle to their regular health reading lists can subscribe to its RSS at http://feeds.chron.com/houstonchronicle/health.

As an alternative or supplement to the Chronicle‘s coverage, Carrie Feibel covers the Houston health beat for the local NPR affiliate, and you can keep up with her reporting by following her on Twitter at @KUHFHealth.

The UN Dispatch is sponsored by the United Nations Foundation, a private organization which supports UN efforts worldwide, particularly in the public health arena.