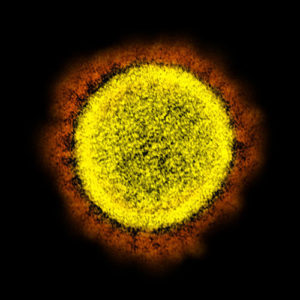 COVID-19 might be the biggest pandemic the world has seen in a century, but it’s not the first major pandemic or epidemic. Ebola, H1N1 influenza, SARS, MERS and Zika all have rocked the news cycle in recent years, with long-lasting ramifications on global health, infrastructure and economies in the 21st century. The disease that develops from the SARS-CoV-2 virus won’t be the last, or possibly even the biggest to come.

During such epidemics, scientific research has been published in a rapid flurry. As on-the-ground, immediately clinically relevant research is published, other researchers look to the past — digging into the pathogen’s etiology — while others steadfastly focus on the future to develop treatments and vaccines. END_OF_DOCUMENT_TOKEN_TO_BE_REPLACED

According to TheScientist.com’s Bob Grant, Merck paid health publisher Elsevier to publish six journals earlier this decade, a relationship that was not disclosed in the professional-looking publications. Grant found two copies of the fishy journals, both of which bore Elsevier’s Excerpta Medica imprint.

The allegations involve the Australasian Journal of Bone and Joint Medicine, a publication paid for by pharmaceutical company Merck that amounted to a compendium of reprinted scientific articles and one-source reviews, most of which presented data favorable to Merck’s products.

The publications were put out by Elsevier’s Australia office and , in a statement, Michael Hansen, CEO of Elsevier’s Health Sciences Division, says, “This was an unacceptable practice, and we regret that it took place.”

When confronted with the questionable publishing practices surrounding the Australasian Journal of Bone and Joint Medicine last week, Elsevier indicated that it had no plans of looking into the matter further, but that decision has apparently been reversed.

“We are currently conducting an internal review but believe this was an isolated practice from a past period in time,” Hansen continued in the Elsevier statement. “It does not reflect the way we operate today. The individuals involved in the project have long since left the company. I have affirmed our business practices as they relate to what defines a journal and the proper use of disclosure language with our employees to ensure this does not happen again.”

Grant reports that Elsevier has refused to name the other drug companies that paid for mock journals.