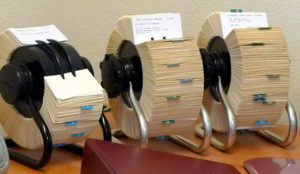 The British Medical Association’s BMJ, one of the oldest and most respected family of medical journals, has launched a tool to better connect journalists with editors at The BMJ’s 70 or so journals.

The BMJ journals are peer reviewed, so there’s quality control and reliable standards at a time when non peer-reviewed and ethically questionable journals are popping up in our online searches. END_OF_DOCUMENT_TOKEN_TO_BE_REPLACED

Thanks to Gary Schwitzer for drawing attention to a study, published in BMJ, which analyzes the impact medical journal press releases have on actual press coverage of studies.

The authors begin with a somewhat gratifying hypothesis, writing that “Although it is easy to blame journalists for poor quality reporting, problems with coverage could begin with the journalists’ sources,” and positing that difficult-to-decipher studies and misleading press releases could lead to low-caliber health reporting.

They looked at 100 studies from five major journals, as well as a sample of 348 news stories based on those studies. In general they found that higher-quality press releases led to higher-quality coverage. Unfortunately, they also found that the inverse was true. Here’s an excerpt from the “Discussion” subheading (also highlighted by Schwitzer).

Reporters looking for a Health News Review-style “how do I ensure my story clears their quality bar?” checklist can just scroll down to the “Quality Assessment” subheading. For the record, the metrics found there apply equally well to the PR professionals who write the releases.

Reporting on a study released by BMJ and characterized as an almost existential threat to the medical research system by Dr. Harlan Krumholz, the Milwaukee Journal Sentinel‘s John Fauber writes that “Drug research, even from clinical trials sponsored by the federal government, routinely is suppressed, harming patients and increasing health care costs.” The emphasis is mine, the strong language Fauber’s.

The conclusions are based on a survey of meta-analyses of individual participant data, which the authors broke down by data source characteristics and publication status. The work is heavy on statistical analysis, but even lay readers can understand the broad strokes of what appears to be a widespread issue.

Steve Nissen, the lead author of the analysis, said 35 of the 42 studies he looked at were unpublished and were obtained only because a court case required the drug’s maker, GlaxoSmithKline, to turn over the data.

And it isn’t just pharmaceutical companies’ financial concerns driving the suppression, Nissen and his coauthors found. At that point, it may more of an issue of confirmation bias and other problems which have always lurked within academic research.

A surprising finding in the BMJ analysis was that serious lapses occurred even in clinical trials funded by the National Institutes of Health.

That research showed that less than half of NIH-funded clinical trials were published in a medical journal within 30 months of the completion of the trial and after 51 months, one-third of trials remained unpublished.

In BMJ, Bob Roehr wrote about a report published by German researchers in the Canadian Medical Association Journal describing an apparent tendency for journals that accept pharmaceutical advertising to publish more positive drug-related articles than those that depend on subscription dollars to pay the bills. The study and the Roehr’s summary are good reading in their own right, but the comment section is where things really get interesting.

There, Age of Autism UK editor John Stone points to a commentary penned by the Alliance for Human Research Protection’s Vera Hassner Sharav and draws into question BMJ‘s sources of funding. His main focus is the tension between that publication’s Andrew Wakefield investigations and its receipt of money from an arm of Merck.

Sharav’s language is somewhat incendiary, but it’s BMJ editor Fiona Godlee’s response to her commentary (and Stone’s post) that push the whole thing into the realm of the remarkable. Godlee weighs in on everything right there in the comment thread, admitting that BMJ had not disclosed those conflicts of interest in the Wakefield stories simply “because it didn’t occur to us to do so,” given that it was a story focused on research fraud rather than upon vaccines and medicine.

Although Vera’s claims may seem far fetched on this occasion, she is right that we should have declared the BMJ Group’s income from Merck as a competing interest to the editorial (and the two editor’s choice articles) that accompanied Brian Deer’s series on the Secrets of the MMR scare. We should also, as you say, have declared the group’s income from GSK as a competing interest in relation to these articles. We will publish clarifications.

The whole chain of events is a promising sign that increased interactivity in online publications may lead to increased transparency, and it’s well worth reading, at the very least, all of Roehr’s story and the comments that follow it. All the key bits are there.

The Internet and other media are abuzz with the news, published by BMJ yesterday, that the study published in The Lancet in 1998 by Dr. Andrew Wakefield linking autism to the MMR vaccine was fraudulent. The study of 12 children is frequently cited as proof that vaccines cause autism or play a part in the disorder, despite the fact that it was retracted. The BMJ calls the study “fatally flawed both scientifically and ethically” in a new editorial.

Covering Health has compiled some links to interesting reading on this subject, much of it specifically for journalists.

Ivan Oransky, on Embargo Watch, looks at an entirely different facet of the news with “Does a tweet break an embargo? A case study involving the BMJ, autism, vaccines, and an alleged hoax.”

Meanwhile, Gary Schwitzer, publisher of HealthNewsReview.org, writes that the Wakefield MMR/autism dismantling demonstrates what a difference one journalist can make.

CNN’s Anderson Cooper interviewed Andrew Wakefield last night about the charges that his study was flawed. And Brian Deer, the investigative journalist who reported the BMJ story, was interviewed on CNN’s World Report.

Update: Seth Mnookin, who has spent two years looking into vaccine scares, has written an interesting post about the topic, including his view that BMJ over-hyped its story, which almost certainly helped drive media coverage. Mnookin also appeared on CNN.

By sending out breathless press releases and prepping the worldwide media for a series of bombshell stories, the BMJ created the impression that this was fundamentally new news – and it wasn’t. We knew that Wakefield’s work wasn’t reliable or accurate on January 3 – and we still know that today. The stories that are currently running are not really all that different in tone or content than the stories that ran almost exactly a year ago, when a UK medical panel found there was sufficient evidence to justify stripping Wakefield of his right to practice medicine.

Learn how to analyze and write about health and medical research studies with AHCJ’s latest slim guide. It offers advice on recognizing and reporting the problems, limitations and backstory of a study, as well as publication biases in medical journals and it includes 10 questions you should answer to produce a meaningful and appropriately skeptical report. This guide, supported by the Robert Wood Johnson Foundation, will be a road map to help you do a better job of explaining research results for your audience.