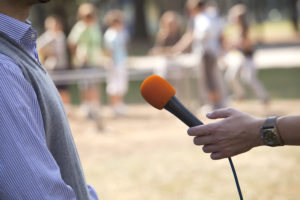 Some of my favorite pieces to report have been about solutions to social problems. These stories usually took me out of the office and into the field, which I always prefer to do when time — and pay — allows.

A few stories in particular stand out in my mind as having been great opportunities to learn something new and interesting. One examined how a rural hospital emergency department was able to reduce its prescribing of opioids. Another explored the responses of community health workers who were concerned that large health systems were subverting their mission.

When reporting these stories, I tried to ask tough questions, seek evidence and make sure I wasn’t promoting someone’s good intentions. Honestly, I could have used some guidance.

At the time, I was only vaguely aware that there was a name for this kind of work — solutions-focused journalism — and that newsrooms were increasingly looking for stories that not only identified social problems but sought to rigorously examine what was being done to solve them.

I certainly had not heard about the Solutions Journalism Network, which trains journalists to reframe stories to emphasize and explore how people are responding to problems, rather than merely laying out the problem. The network also connects journalists to newsrooms.

There is some evidence that people are more likely to feel empowered to do something about problems in their own communities after reading a solutions-focused story than one framed in the usual way.

In a study conducted by the Solutions Journalism Network and the Engaging News Project, now the Center for Media Engagement at the University of Texas at Austin, researchers compared the reactions of adults who had been presented with an article detailing a social problem and adults who had read a nearly identical article with added reporting about a potential response.

“The results of this test indicate that solutions-­based journalism holds promise in at least three areas: heightening audiences’ perceived knowledge and sense of efficacy, strengthening the connection between audiences and news organizations, and catalyzing potential engagement on an issue,” according to a summary of the findings.

To offer guidance to health care journalists interested in doing solutions-focused journalism, two freelance journalists and a staff member from the Solutions Journalism Network will speak and answer questions from AHCJ members in a webinar on Tuesday, September 21.

Julia Hotz is a journalist who has reported solutions-focused stories for The New York Times, The Boston Globe, Wired and others. As Network Manager for the Solutions Journalism Network, she leads workshops, directs strategy and manages a mentorship program, among other responsibilities. Julia will explain the basics of solutions-focused journalism and the role of her organization. She will also provide tips for generating and pitching great story ideas and for crafting a compelling narrative.

Meryl Davids Landau is a novelist and freelance journalist who reports on health, science, climate change, parenting and general-interest topics. She recently had an article published in the Fixes column of The New York Times.

Sarah Kwon is an independent health care journalist who has written several solutions-focused journalism pieces that have run in Health Affairs, the Los Angeles Times and other publications.

Both Kwon and Landau will offer their insights into generating story ideas, how and where to pitch them, and the specific challenges of this kind of reporting.

Feel free to submit your questions to me in advance. The webcast will be recorded, and a link will be posted on the AHCJ website.