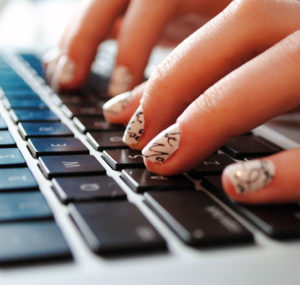 Until several years ago, I typed up my interviews as they were happening. The process gave me a headache and made my fingers ache, but I didn’t want to add extra hours of work transcribing a recorded interview.

Now that one of my editors has agreed to reimburse me for some professional transcribing and inexpensive voice recognition programs are improving every year, I no longer need to multitask during interviews. I can focus on the conversation and not worry that my fingers are in the wrong position on the keyboard and the last few paragraphs I typed are gibberish.

However, the tools for recording and transcribing are constantly changing, and I wanted to find out which resources AHCJ members recommend. I queried the AHCJ listserv, and 12 people responded. (I am not going to talk much about price because each company offers various payment plans with different service levels.)

Audacity: I’ll start with my own experience. I write exclusively for print and online news outlets now, but I come from a radio background. So I use a tool that I am familiar with from radio, though it may be overkill for non-broadcast reporters. I put my iPhone on speaker, place it next to my laptop, open Audacity on my computer and hit record. The free Audacity app allows users to record, edit and mix audio tracks. I can edit out all the extraneous bits before sending the recording to a transcription service, which charges by the minute. I then save the audio as a .wav file.

Ubiqus On Demand: For transcribing interviews with a lot of technical jargon or with someone who has a heavy accent, I’ll upload the file to Ubiqus On Demand, which uses humans. I find that the transcripts are very faithful to the audio. But it costs about seven times more than many automated transcription services and takes days to deliver the transcript. (Ubiqus also has an automated service but I have never tried it.)

Temi: For all other recordings, I use Temi. It’s inexpensive at $0. 25/minute, fast — I receive the transcript in minutes — and its voice recognition software is pretty accurate. Each speaker is numbered — Speaker 1, Speaker 2 — and it’s easy to change that to proper names. It’s also easy to listen back to check the transcript for errors.

AHCJ member and insurance core topic leader Joe Burns also uses Temi and says it does a good job. “It’s fast, and the price is right compared with what humans charge (sad to say).”

However, Joe said that in his experience, Temi struggles with med-tech terms and many proper names.

Rev.com: is another option for human transcribing. It’s a bit cheaper than Ubiqus, and the turnaround time is faster, says Joe, who recently used the service for an interview with a lab director in India who used a lot of technical terms. “Rev asked me to enter the words that might be difficult. So I put in genomics, proteomics, metabolomics, and others that he had used,” he says. “The transcription wasn’t flawless, but it was very readable.”

Otter: By far, the most popular recording and transcription application among respondents is Otter.ai.  As with Temi, users can upload an audio file, but Otter also allows users to directly record interviews in its app. Otter will transcribe the audio using its voice recognition software. It has a limited free plan and paid plans.

“I love Otter,” says freelancer Scott Mace, who usually records his Zoom interviews directly to Otter. “The benefit of Otter.ai’s pricing is it’s a flat fee that, for my needs, covers all the transcribing I need to do for an entire year. I’m not trying to figure out how many minutes I will be needing.”

AHCJ member and aging core topic leader Liz Seegert also uses Otter. “Lately, I’ve been putting phone calls on speaker and recording directly into Otter.ai. (I have the free version which gets me 40 min at a time). It’s been good enough to skim through and when the AI has one of its epic fails, I just re-listen to that portion to make sense of it,” Liz says. “Not ideal but I can’t complain about the price — and it’s almost immediate turnaround.”

Freelancer Cathi Harris is another fan of the free Otter plan. “I like that you can proof the transcript by listening to the audio while you read it. It has functions that allow you to pause the audio, then edit and make corrections to proper names, words it misheard, then resume, etc.,” Cathi says.

She doesn’t use Otter to record. Instead, she records phone interviews on her Android phone with the Automatic Phone Recorder app and says it is “very reliable.”

TapeACallPro: Independent journalist Ben Ryan uses TapeACallPro to record his phone interviews and pays for its automatic transcription service. But Ben still types “as fast as I can” during interviews. He then cross-references his transcription with the app’s version, which he says is “pretty decent, not perfect. But the combination of my own transcription and the AI one and my basic awareness of what was said saves me a huge amount of time and effort trying to pick quotes out for articles.”

(Thank you to everyone who responded, including those people I didn’t quote!)

For a more thorough — although by no means complete — list of recording and transcribing tools, click on the Tools and Apps tab on the AHCJ Freelance Center webpage.