About Bara Vaida and Mary Otto

View all posts by Bara Vaida and Mary Otto → 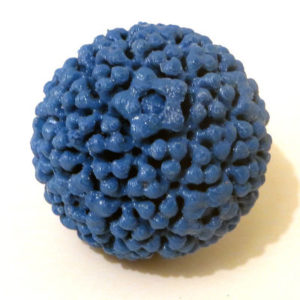 An under-reported public health story is the connection between infectious diseases and cancer.

In December 2019, a report in Lancet Global Health said that infectious diseases are now thought to be the cause of about 12 percent of cancers worldwide.

One of the biggest culprits is the human papillomavirus (HPV), which causes an estimated 14 million new infections each year. It also is the most prevalent sexually transmitted virus in the US, according to the Centers for Disease Control and Prevention (CDC).

While most HPV infections remain asymptomatic and clear up on their own, some infections can progress into precancerous lesions and, eventually, cancer.

Annually, about 44,000 new cases of HPV-associated cancer occur in the U.S., according to federal data. These cancers are located in parts of the body where the virus often is found: the cervix, vagina, vulva, penis, anus, rectum, the mouth and throat. Research has identified HPV as the probable cause of about 34,800 of these cancers.

Recent data is showing that oropharyngeal cancer, which affects the mouth, throat and neck, is now the most common HPV-associated cancer, surpassing cervical cancer.

HPV has long been linked to cervical cancer among American women and causes about 4,000 deaths annually. Increased screening, fortunately, has helped reduce HPV-associated cervical cancer rates to an estimated 12,000 new cases a year.

HPV-associated cancers of the mouth and throat have risen steadily, however. In fact, with an estimated 19,000 new cases a year, oropharyngeal squamous cell carcinoma (SCC) now easily surpasses cervical cancer as the most common HPV-associated cancer in the U.S. researchers confirmed in 2018.

The trend is taking a particularly heavy toll upon men. Data indicate that while about 3,500 new cases of HPV-associated oropharyngeal cancer are diagnosed in American women each year, about 15,500 are diagnosed in men.

Changing sexual behavior, including unprotected oral sex, is believed to have contributed to the increase. The malignancies, which sometimes take years to develop, can occur after the virus infects the oropharynx, an area that includes the back of the throat, the base of the tongue and the tonsils.

Researchers often stress that early detection of oral cancer is associated with better survival rates. Oral cancers from all causes, including tobacco and alcohol use, were expected to claim nearly 8,000 lives in one recent year, according to the U.S. Preventive Services Task Force.

But oral cancers located deep in the oral cavity and throat may be challenging to detect during routine examinations, the task force noted. And people at risk for HPV-related oral cancer may not share risk factors traditionally associated with oral cancers, such as smoking or drinking, researchers have observed.

Adding to the problem, as a recent study revealed, patients who are from minority groups and those with a lower socioeconomic status are less likely to receive oral cancer screenings from their dentists than patients who are white and more affluent.

With awareness, people can take some steps to protect themselves. Safe sex practices, including the use of tongue condoms, can help reduce risk, Healthline reports.

And while some people experience no symptoms of the disease, anyone experiencing problems such as persistent sore throat, earaches, hoarseness, swollen lymph nodes, pain when swallowing, and unexplained weight loss should seek professional care, according to the CDC.

While the HPV vaccine was developed to prevent cervical cancer and other cancers of the reproductive system, the vaccine also protects against the types of HPV that can cause oropharyngeal cancers. So it may also help prevent these cancers as well, research has suggested.

“In the United States, more than half of oropharyngeal cancers are linked to a single high-risk HPV type, HPV 16, which is one of the types covered by U.S. Food and Drug Administration (FDA)-approved HPV vaccines,” the National Cancer Institute noted in a report on the findings.

To help in reporting on this topic, check out our new tip sheet.