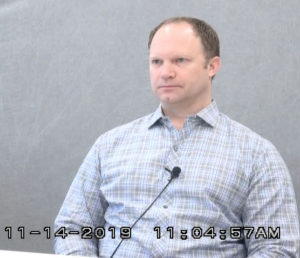 The story of Bradley Glenn Hay, who surrendered his license to practice to the Medical Board of California in 2018, is almost unbelievable.  But physicians have confided to me that they are aware this issue happens more frequently than anyone would care to admit.

While waiting for his lunch to arrive at a nearby restaurant on Tuesday, one physician mentioned how reluctant his colleagues are to report any strange behaviors among their co-workers.

“Nobody wants to be the one to blow the whistle,” he said.

As he explained in his 4.5 hour deposition, Hay managed to hide his addiction from University of California San Diego co-workers, pharmacy officials, and wellness committee members in several ways, until he made a mistake and overdosed, falling unconscious on the UCSD bathroom floor.  That was the end of his career. I explain the grisly details in this How I Did It piece for AHCJ.