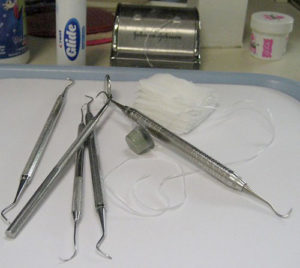 In Oregon, oral health and tribal advocates have pledged that they will continue to fight for legislation that would permanently authorize dental therapists to work throughout the state.

SB 1549, sponsored by Oregon state Sen. Laurie Monnes-Anderson (D-Gresham), a retired public health nurse, failed to move out of the state Senate Committee on Health Care during this year’s short and tumultuous legislative session. The session came to a sudden close March 5 with majority Democrats and minority Republicans deadlocked over a climate change measure.

But backers of the mid-level dental provider model are already gearing up for next year, Cathy Cheney reported in an article for the Portland Business Journal.

Dental therapists, who often are compared to nurse practitioners in the medical world, will help bring badly-needed care to under-served communities across Oregon, they say.

“Oregon continues to experience a health care crisis, with more than 1 million Oregonians not having access to basic dental care,” explained Miranda Davis, director of the Native Dental Therapy Initiative for the Northwest Portland Area Indian Health Board in the article. She said that supporters from health, dental and tribal organizations would be participating in a legislative workgroup that will develop legislation for next year’s session.

“We then look forward to passing that legislation in 2021 to allow Oregon to license dental therapists – and give many more Oregonians access to the dental care they deserve,” Davis said.

Dental therapists began serving tribal communities in the state under a pilot program in 2016. And late last year, the state health authority approved another pilot, based at Pacific University, to educate a small cohort of additional therapists. The Senate bill would take the model beyond pilot program status by permanently authorizing its use in the state.

The model, which has been employed for decades in other countries, has been championed by public health leaders a cost-effective way of expanding care to long-underserved communities and populations. An estimated 56 million Americans live in federally-designated dental health provider shortage areas.

But dental therapists continue to have powerful detractors. Dental groups, including the American Dental Association (ADA), have long opposed the technically-trained providers, who work as part of dentist headed teams and perform a limited range of necessary services including preventive and restorative care and some extractions. The dental groups have argued that dentists alone have the training to perform what they term “irreversible surgical procedures,” such as drilling and extracting teeth. The Oregon Dental Association (ODA) opposed Monnes-Anderson’s bill.

And in the Oregon statehouse, Rep. Cedric Hayden, (R-Fall Creek), a dentist, backed an alternative “Healthy Teeth, Bright Futures” bill that was supported by a coalition that included the ODA, philanthropic organizations, health plans, educators and social justice groups.

HB 4127, which also failed to win passage during the short 2020 session, would direct school districts to incorporate age-appropriate oral health instruction into health education courses and institute a Community Dental Health Coordinator (CDHC) pilot program for the state. The CDHC model, created by the ADA in 2006, is a community health worker trained to manage cases, provide oral health education and help navigate patients in need of services to dentists.

The supporters of “Healthy Teeth, Bright Futures” also plan to continue their push in 2021. “We are working with the sponsors and advocates of the bill and what steps need to be taken to move forward,” wrote a spokesman for Hayden’s office in response to an email.

“Representative Hayden is fully supportive of this bill and intends to continue to work on it.”