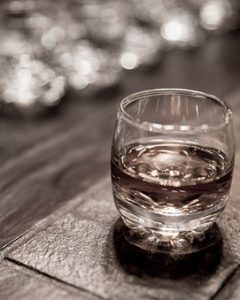 Every day, stories about the U.S. opioid epidemic appear in daily newsfeeds, and rightly so: they are responsible for two out of every three drug overdoses in the country.

But there’s another drug not included in the usual drug overdose stats which kills almost twice as many people a year as opioids — alcohol. And yet, a casual perusal of the daily headlines usually turns up as many fun or fluff stories about alcohol as ones that suggest the risks and harms of drinking.

Alcohol is the “acceptable” drug in our society, the social lubricant that’s apparently only “bad” if you drive or just can’t control your drinking — or so our entertainment and news media would often lead us to believe. In reality, however, the lives lost each year from alcohol — 88,000 annual deaths from 2006-10 — has nearly always been greater than those from drug overdoses, which totaled 70,237 in 2017.

Journalists are complicit in allowing alcohol to get away with being the mostly-okay drug, but it doesn’t have to be that way. A fantastic tip sheet about reporting on alcohol is available at The Journalist’s Resource that discusses not only how to report responsibly on alcohol in general but also how to put study findings about alcohol in context. On the AHCJ Medical Studies tip sheets page is a significantly pared down list of many of their suggestions, but the full piece is worth reading and bookmarking for the next time you report on anything alcohol-related.

In addition to the tips there, I have a suggestion of my own to add: Check out the reporting of German Lopez at Vox. (You can follow him on Twitter too.) I cover alcohol research quite a bit in my reporting, so I read a lot of others’ coverage as well. No one out there that I’ve seen covers alcohol as well as Lopez. (I’m so impressed with his reporting that I invited him to join the panel at a past AHCJ conference session on alcohol, but he was unable to make it.)

What makes Lopez’s alcohol coverage so good is that his reporting doesn’t flinch from the realities of alcohol’s destruction, he evaluates medical research about alcohol thoughtfully and critically but unapologetically, and he finds seeks out unique angles on alcohol coverage. These examples of his excellent reporting illustrate what I mean:

“Imagine if the media covered alcohol like other drugs” explores exactly the point I was making above. His deep dive into research on Alcoholics Anonymous is excellent, and his dedication to accuracy in covering research is clear in an article that highlighted a major flaw in a well-covered study. He frequently debunks myths, such as European teens not having alcohol problems (they do) and misconceptions about the Prohibition.

Evidence of Lopez’s willingness to highlight potentially unpopular policy proposals or scientific findings include articles about the drinking age, the link between alcohol and more crime, the alcohol tax and taking away some people’s right to drink.

And Lopez repeatedly points out how undercovered and underappreciated alcohol is as as a destructive killer here, here, here, here and, most recently, here. And then there are his posts chock full of data and charts, like this one.

Even if you don’t have time to read all Lopez’s articles, it’s worth noting that he clearly follows most, if not all, of the tips recommended at Journalist’s Resource and summarized here.