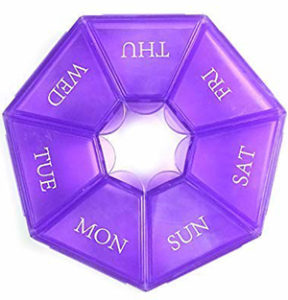 Hospitalized older adults who take atypical, or second-generation, antipsychotics for delirium were at increased risk of death from cardiopulmonary arrest, according to a recent study by researchers in Boston.

Despite these known risks, antipsychotic drugs frequently are used to treat or prevent delirium. Delirium (sudden confusion or a rapid change in mental state) affects 15% to 26% of hospitalized older adults. It can lead those affected to harm themselves or others, or otherwise interfere with medical care. Antipsychotic medicines are among the few therapeutic options that health care providers can use to ease delirium and protect patients and caregivers – but these drugs also pose a considerable risk to older adults, who frequently suffer from chronic conditions that affect outcomes.

“Delirium is common in older hospitalized patients and difficult to treat, but antipsychotic medications should be used with caution regardless of age,” the study’s authors said.

Researchers looked specifically at death or non-fatal cardiopulmonary arrest (heart attack) during hospitalization. They collected data from 2010 to 2016, using information from electronic patient databases at one large academic medical center in Boston. All patients 18 and older were included, with exceptions for obstetrics/gynecology, ICU admissions, psychiatry services or anyone receiving palliative care. Antipsychotic medication was categorized as typical or atypical based on FDA classification. After adjusting for co-morbidities, demographics, and other medication exposure, typical antipsychotics were associated with cardiopulmonary arrest or increased mortality among all adults compared with those who did not receive these medications; atypical antipsychotics were associated with increased risk only for those 65 and older.

The authors noted that older adults are more likely to be susceptible to medication-related adverse events, due to changes in body composition, kidney function, changes in how they metabolize drugs, and more likely to already be taking multiple medications. All of these factors can affect the way antipsychotics affect them. Researchers pointed out that atypical antipsychotics also have been shown to pose potential harm to younger patients, including increased risk of pneumonia and falls.

Although there is limited clinical evidence of effectiveness, antipsychotics continue to be prescribed for delirium in hospitalized older adults.

The study appeared in the November 2019 issue of the Journal of the American Geriatrics Society.

Reporters: Delirium is still widely under-recognized and under-treated in older adults as this Harvard Health article describes. What are local hospitals doing to help train their staff to improve diagnosis and manage these patients? Are they part of an age-friendly health system that specifically trains staff to address this issue?